Why 'placemaking' is vital to the future growth of Exeter

Placemaking is a process centred around observing, listening to, and asking questions of the people who live, work, and take their leisure time in a particular space in order to understand their needs and aspirations for that space and for their community as a whole. Project Director Richard Marsh gives his thoughts on placemaking and why it’s important in bringing to life the Liveable Exeter vision.

"Placemaking is a term which has seen a great deal of use in recent times and, for a specialist in the built environment such as me, it’s probably a term which I use several times a day and is part of my professional vocabulary.

Placemaking infers that you are starting from scratch and that you have to work to create a place. But, in truth, unless you are delivering a new community on previously undeveloped land, development happens in existing communities, towns and cities where character and history does exist, even if you have to scratch the surface to find it. It exists in our social, economic and environmental history and has often evolved over the course of centuries. Look at Parliament Street in Exeter. How did that ever happen?

It is true that for a variety of reasons, our towns and cities sometimes ‘lose their way’ with regard to character and place. The post-war interventions of the 1950s and 1960s and the dominance of the car have disrupted the urban fabric of many places, disregarding historic street patterns, block structures and architecture, but clues nearly always remain to what existed before and damage can be repaired over time.

While the brutalism of the mid-twentieth century often gets a bad press, I am an admirer of what the planners and the architects of that time strove to achieve. Their development was a socio-economic response to pre-war development; they strove to use modern methods of construction to deliver suitable new accommodation for families and businesses; strove to accommodate new transport trends and sought to create space for amenity and recreation. Now doesn’t that sound familiar? 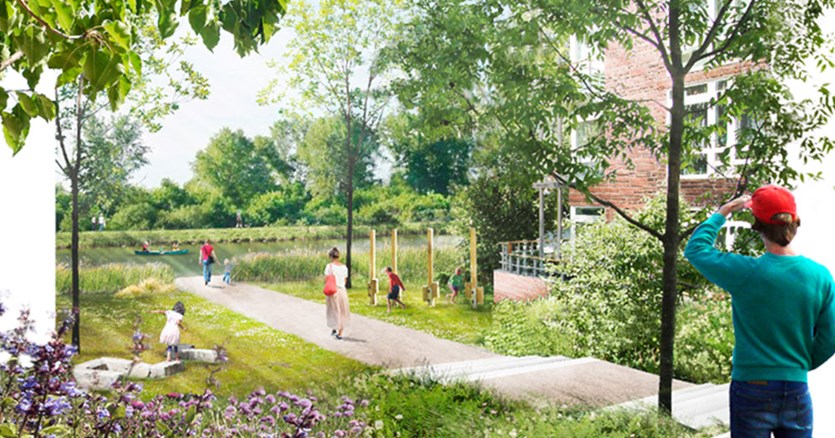 The problem with this development was that much was simply too inflexible for long-term change and that quality was compromised, but we should learn from their mistakes when we consider development now.

However, even these faults don't mean that these 1950s and 1960s developments are unavoidably doomed and should be swept away. In many cases, innovative re-use of existing buildings (arguably giving them the ‘quality’ that they originally lacked) can create amazing development. For example, look at Park Hill in Sheffield (one of my favourite developments), the Paintwork in Bristol or even Princesshay in Exeter, where elements of the original 1950s and 60s shopping centre have been retained and incorporated as part of the new Princesshay development.

And for those buildings that do need to be replaced? Well, perhaps we shouldn’t always see them as a failure. Some things need to exist on a temporary basis to drive forwards specific projects or activities and it is right for them to be replaced in time. Perhaps what we should recognise is what they achieve in their lifetime in terms of supporting growth and progress. The trick with temporary will be to ensure that in the future they can still be sustainable, and don’t leave towns and cities with a long term burden.

So, perhaps the term ‘place-making’ therefore isn’t the most appropriate term to use in many places, as it ignores what already exists and infers that there is nothing of value to build upon. It perhaps even ignores what existing, sub-optimum development can be into the future with a little thought, love and investment.

But, if that is the case, what should we say when we consider ‘place’ and ‘identity’ within the context of development?

I think that the term ‘place-enabling’ would be one which would be far more fitting for where the world is today; it acknowledges that places have inherent character which can be built upon (even if you have to try hard to find it!) and it gives control back to communities in some of the action required to build ‘Place’. It puts the onus on professionals, like me, to think about how they help (enable) places develop and to not assume that they know best or know what a place needs to help it grow. 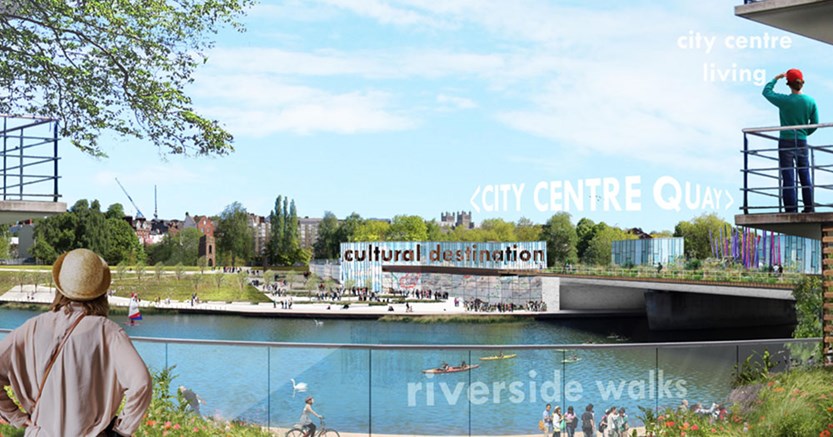 So, how does this apply to Exeter and the Liveable Exeter programme?

Well, I think Exeter is immensely fortunate to have as much character and amenity as it does. Exeter does not lack in opportunity and has a strong sense of Place. The task of the Liveable Exeter programme is therefore to build on and reinforce that character, working with the community to strengthen what we already have and to identify and support ways for the city to continue to grow and evolve into the future thereby forming the next chapter of its history.

Of course there will be challenges; the city has to grow despite tight urban boundaries and this will drive the density of development in to the future. But, that in itself can provide opportunities for increased economic and social activity, whilst also safeguarding the environment. Equally, there is a need for strategic action at a city-level which will not always match the expectations of individual, local projects. Which is why we need collective understanding of the ‘big picture’, this will support the action required for the long term growth and success of the city.

What we do want to do with Liveable Exeter is engage people in discussion, even during these trying times, and we will seek to facilitate opportunities for this in the coming months. One such initiative will be to run a workshops and seminar discussions with other professionals and interested parties from within the city – I hope that these will be through provoking, interesting and insightful and let us all learn and work together to consider how we can make sure Exeter can continue to be the best place it can be.

I’d love to hear what other people think on this matter, and their own reflections on places which have succeeded in developing ‘place’. "

People can email their thoughts and observations to liveableexeter@exeter.gov.uk