The Council has again warned against the hazards of flytipping after a van load of rubbish was dumped in a quiet city lane.

A significant amount of rubbish including a mattress, bed, sofa and broken chairs was dumped near a wooded area in Barley Lane, St Thomas, on Tuesday afternoon.

The flytipping was reported to the Council by residents and was cleared first thing on Wednesday by our teams. 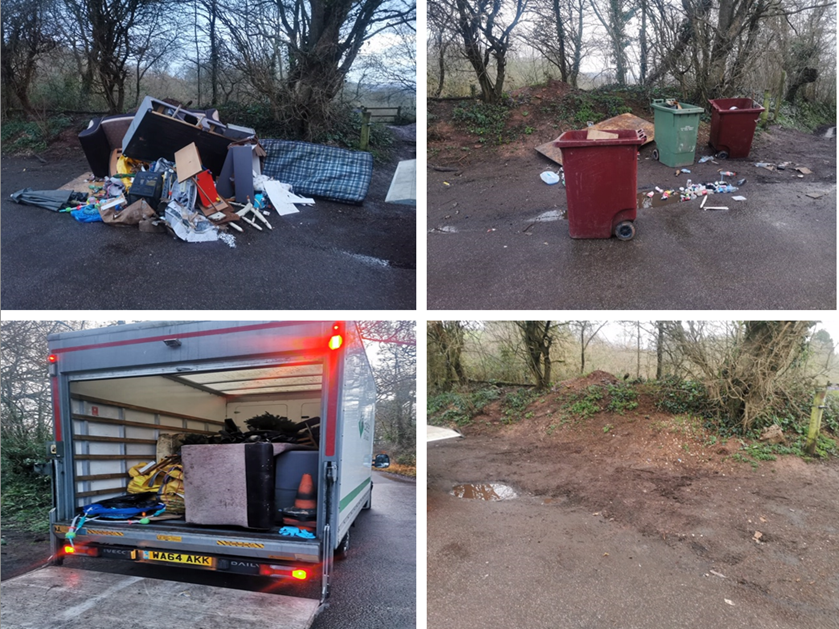 Councillor David Harvey, Lead Councillor for City Management, praised the work of the Council’s cleansing team for their quick response in removing the rubbish, and spoke out against those responsible for the incident.

He said: “Once again our cleansing teams have been called away from what they should have been doing to deal with a significant flytipping incident. As usual they have done an excellent job.

“There really is no excuse for this – it is criminal activity and hampers our attempts to keep the city clean and tidy.

“The vast majority of people dispose of their rubbish in the proper way, by taking it to a recycling centre. But a small minority still think it is ok to dump whatever they like, wherever they like, for someone else to deal with.

“We are determined to stop flytipping, through education and providing advice about how to dispose of waste legally, and also by identifying and penalising those responsible. Our residents expect us to be tough on flytipping, and rightly so.”

Why 'placemaking' is vital to the future growth of Exeter