Aylwyn’s designs are well known to people in the city centre, were a series of his eye-caching works have been sited in prominent locations.

In 2018 the Science Park ran a competition for local schools to name its Grow-on Buildings. After receiving a booklet with information on seven shortlisted scientists, students were asked to write a short essay on their three favourites – one for each of the buildings.

CEO Dr Sally Basker judged the entries, and the essays by nine-year-old Amalie from Cranbrook Education Campus were chosen – she selected Lamarr, Newton and Turing.

The three scientists are known for having broken boundaries and challenged thinking to make remarkable discoveries and advancements.

It is hoped the new signs will act as inspiration to scientists, technologists, engineers, mathematicians and medical professionals both visiting and working at the Science Park 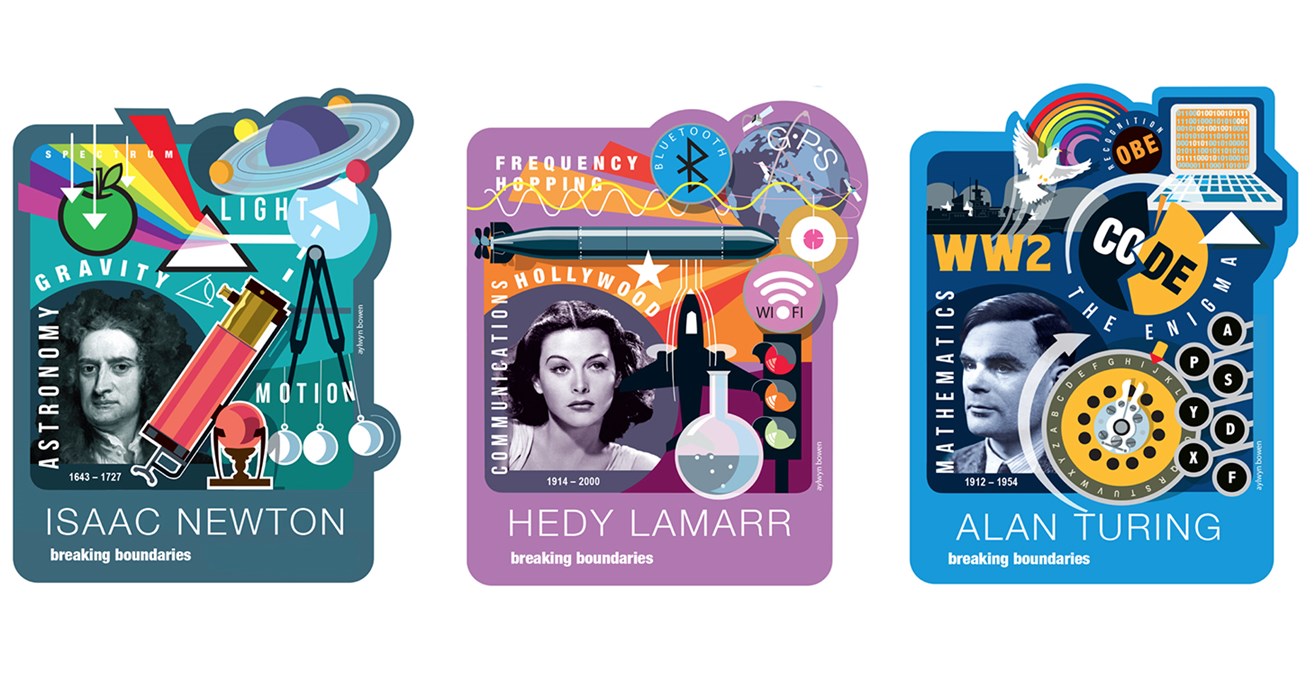