Exeter Recycling: is replacing plastic bags with paper ones a solution?

In his regular feature, Denis the Dustcart considers whether replacing single-use plastic bags with single-use paper bags is really a solution

Or even plastic bags-for-life with sturdy paper bags?

There is a call for plastic bags for loose produce to be replaced with paper bags, because paper decomposes and plastic has a physical legacy of dead wildlife.

Which, on the face of it, makes sense. But the face – the surface – is as far as it goes. 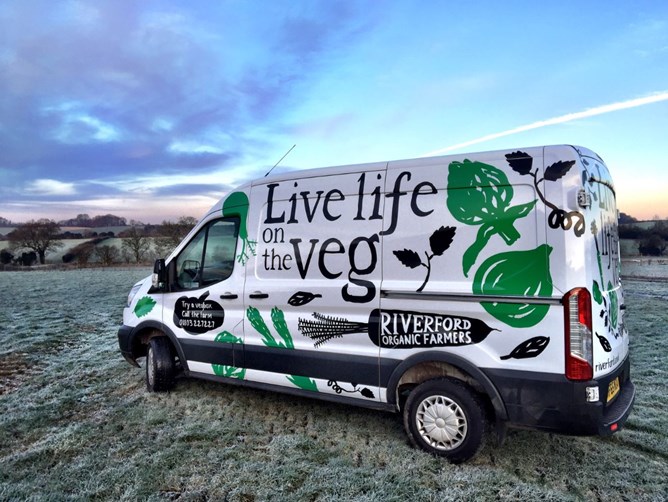 In fact, I have one of those supermarket woven plastic bags-for-life with the nylon sewn-on handles that has served me every week for fifteen years. It’s looking a little weather-worn, but so far it hasn’t polluted the ocean and I reckon its carbon footprint must be, well, pretty small by now.

(Incidentally, a cotton bag has to be used 120 times before it has the same footprint as a single-use plastic bag, but that’s for another article.)

The rush is on to save the planet from a climate and ecological crisis, but turning to single-use paper and card to replace single-use plastic may, rather than lower the height of the crisis, actually cause us to accelerate towards the peak.

We have to address this misconception that paper is better because it doesn't have a physical legacy like plastic – that paper is kind to the planet.

Nothing we extract from the planet is ‘planet-kind’, and of all the single-use items we produce, paper is one of the more harmful.

Aside from my trusty bag-for-life, I don't like plastic much, either - at least I don't like how we use it for everything and how it's got into everything, and how it’s produced as a result of fossil-fuel production. But the embedded carbon in a paper packet and the biodiversity loss caused in its production are significantly greater than for its plastic equivalent.

A huge amount of fuel is used in its production and transportation. While it may not be made directly from crude oil, neither is plastic. Plastic is produced largely as a by-product of natural gas extraction; it’s also lighter to transport and less energy-intensive to produce. In exchanging plastic for paper, we aren’t avoiding the consumption of fossil fuels and may in fact be contributing to their greater consumption.

If we’re talking about paper made from virgin material (and paper can only be recycled a very few times before its fibres become too short to pulp), then we’re talking about deforestation and tree ‘farms’ – old wood with nice long fibres suitable for making paper being cut down and replaced with monocultures. We’re talking about the loss, on a huge scale, of the biodiversity essential for life on earth.

Make no mistake: plastic pollution is a tragedy, but it isn’t confined only to what we see: the death, for example, of a big, beautiful, elegant and harmless whale at our hands.

Yes, whales are beautiful and have a right to exist and that should be reason enough for us to want to save them, but they are also an essential part of the earth’s ecosystem, regulating food supply and ensuring certain species do not overpopulate the ocean and destroy life below them in the food chain. Whale poo adds nutrition to the water that feeds a multitude of organisms – among them phytoplankton, which together pull massive amounts of carbon from the atmosphere.

When a whale dies as a result of swallowing our plastic, we should be upset and we should do something about making sure it doesn’t keep happening. But we aren't going to save life on earth from our own destructive behaviour by exchanging one type of material that does visible harm in the environment for another that does as much or greater harm before it even becomes a product.

'Eco-friendly paper and cardboard' is a common phrase, but it’s a contradiction in terms. Cutting down and mashing up trees and forests; consuming massive amounts of water, energy and chemicals; transporting heavier, bulkier products – none of these is a ‘friendly’ activity.

Recycled paper? We’re still talking about energy, water, chemicals, heat, fuel…. Its carbon footprint is smaller than that of virgin paper and plastic, but still bigger than that of recycled plastic. And, as I said, paper can only be recycled a number of times before it doesn’t pulp anymore.

As individuals, as a society – as the human race – we have to shift away from the disposable mind-set. The effort to change cannot be expected only of consumers, but we consumers need nevertheless to continue to evolve our understanding of what good or harm we do in making our choices – whether or not we make those choices with good intentions.