Exeter has been awarded prestigious UNESCO City of Literature status, it has been announced.

It is the only place in the UK to be given the status this time around. It joins 65 cities across the world who have become part of the UNESCO Creative Cities Network.

“This is fantastic news for Exeter,” said City Council Leader Phil Bialyk. ”Once again this is international recognition for the city and its cultural offer,” he added

“Exeter spends more on culture than most other cities in the country. Many of the 66 cities that have become part of the UNESCO Creative Cities Network across the world are much bigger cities with larger populations, demonstrating that Exeter is once again punching above its weight.”

Cllr Rachel Sutton, Lead Councillor for Climate and Culture, said: “I am absolutely thrilled with the news - it is a huge honour for Exeter that will unlock exciting new opportunities for everyone in the city to engage in culture.”

Exeter’s bid was very much a collaboration of people and organisations across the city, including Exeter Culture, but the bid came from the City Council. 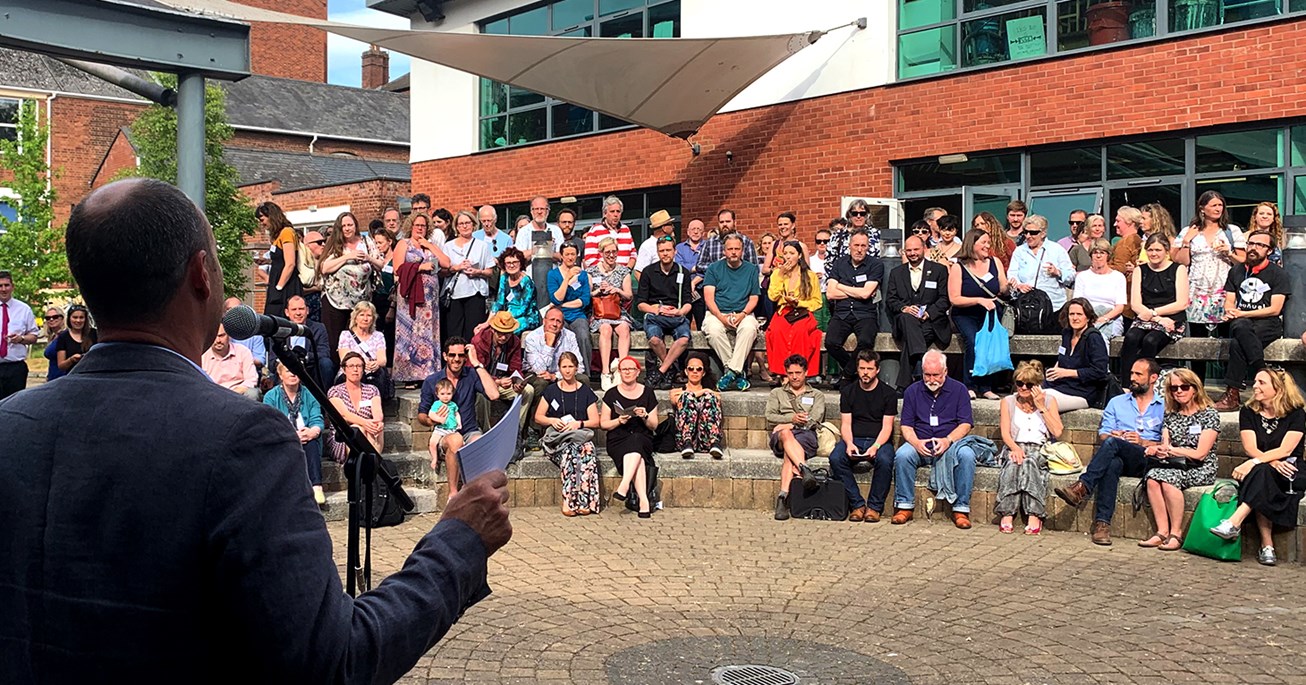 Dom Jinks, Director of Exeter Culture, said: ““This is so positive for Exeter. The bid made much of the city’s wide variety of historical assets. But it is actually much more about culture supporting the well-being of everyone in the city today, including those who may not currently see themselves engaging with culture.

“The partnership behind the bid in Exeter was very strong, and this success is down to the strength of that partnership.”

Exeter’s bid centred around 1,000 years of unbroken history around reading, recognising the Exeter Book at Exeter Cathedral but also about what reading and writing means to residents in Exeter.The Exeter Book is one of the oldest and best-preserved collections of old English verse in the world, and is older than famous texts such as Beowulf.

Sarah Campbell, Associate Director for Arts and Culture at the University of Exeter said: “It is absolutely wonderful that Exeter has been recognised in this way for its rich heritage of culture.  The UNESCO City of Literature status celebrates not only the rich variety of cultural and creative activities  that are crafted and cultivated in Exeter, but also the close collaboration between so many people and organisations to ensure Exeter strengthens its flourishing arts and culture reputation not just in the UK, but across the world.”

Exeter’s bid focussed on ‘cultural wellbeing’ - the power that words can have in all types of setting. It also ties in with Exeter’s Sport England Delivery pilot work on improving life for all.

This is a four year programme and the next step is to apply to the Arts Council for funding.