In celebration of Exeter’s status as UNESCO City of Literature a book of poems has been created by climate scientists and health professionals in Exeter to highlight the link between the climate crisis and people’s health.

One Chance Left is a collection of 12 poems created by professionals from the University of Exeter and the Met Office and aims to use words to help halt and heal a fast-escalating climate emergency.

Through creative writing workshops with over 30 Met Office climate scientists and health professionals from the University of Exeter, led by poet Dr Sally Flint, the 12 poems have been created for the 12 days of COP26 with the notion that ‘there is power by paying attention’.

What makes One Chance Left stand out is that the poems are written by those working on the front line of the climate crisis.

It is a coming together of voices tackling climate change problems and searching for solutions in an emergency.

From the 31 October until the end of November, people can collect or download a postcard and follow the One Chance Left poetry trail across Exeter to find the poems displayed on banners on lampposts in the city centre.

Poems are being displayed at Exeter Central Library, the Royal Devon and Exeter Hospital, Queen Street, Princesshay, the Met Office and both University of Exeter campuses in Exeter, and at the Penryn Campus in Cornwall.

Combining the poems with sounds of nature from the BBC archives, recordings of each of the 12 poems have been produced for One Chance Left, with narrators including former Chancellor of the University of Exeter Floella Benjamin, Exeter MP Ben Bradsahaw, Exeter MP, students from West Exe School and students from the university.

The One Chance Left song album will also be released to coincide with the launch of COP26.

The poems will be featured in the Science Pavilion at COP26 and narrated and screened in the Arctic Base Camp Tent at The Fringe Festival hosted by Federated Hermes International in Glasgow.

The volume’s associate editors are Dr Sally Flint from the University of Exeter and novelist Dr Virginia Baily.

Dr Flint said: “Many who've experienced and researched climate change devastation going on around the world are united in believing there's 'One Chance Left' to save our ecosystems on which we rely for both planetary and human health - and powerful words and the arts can help in communicating ‘facts, findings and feelings’ widely - that there is still hope to hold on to and, it's only by joining together, we can save the world.”

The project’s key partners are the University of Exeter, Met Office, Riptide Journal, Arts and Culture and Exeter Culture and the Economic and Social Research Council. It is supported by Artic Base Camp, Exeter City Council, Princesshay, the Royal Devon & Exeter Hospital,  Devon County Council and Exeter UNESCO City of Literature.

For more information and to read the poems as they appear each day, visit https://greenfutures.exeter.ac.uk/one-chance-left/ or scan the QR code below. 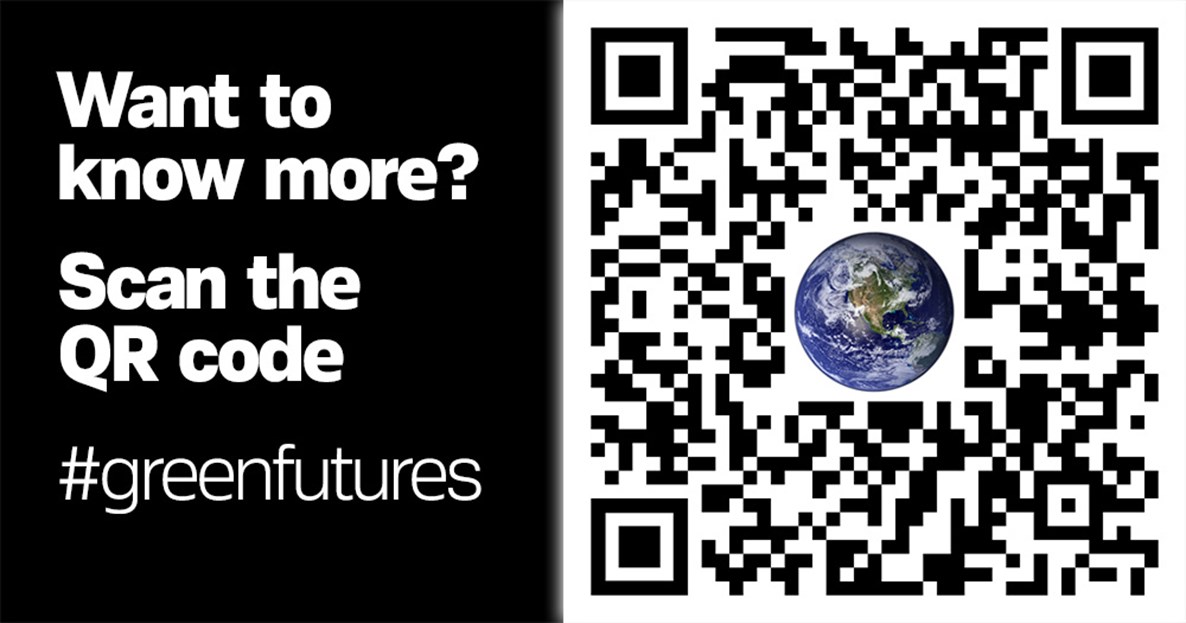 Official: Exeter is one of the most popular locations in the UK