Two former Lord Mayors of Exeter have been made Honorary Alderman of the city at a ceremony at the historic Guildhall.

Former Labour city councillors Rachel Lyons and Lesley Robson had the honour bestowed on them by Exeter Lord Mayor Trish Oliver for their service to the city at the ceremony attended by family and friends.

Rachel Lyons was Lord Mayor of Exeter in 2013-2014 and also served as Deputy Lord Mayor. She served as a city councillor in Exeter for 17 years.

Originally from Gloucestershire, she trained as a nurse and worked in a number of different hospitals as well as a village Post Office and general stores, and as a matron in a nursing home. She was a parish councillor for 15 years.

Following her move to Exeter she bought a small residential home where she cared for people in the city. She was elected as a councillor in Polsloe in 2000 and held the seat until 2008. She regained the seat in 2012. In 2016 she represented Pennsylvania until she retired in 2021. 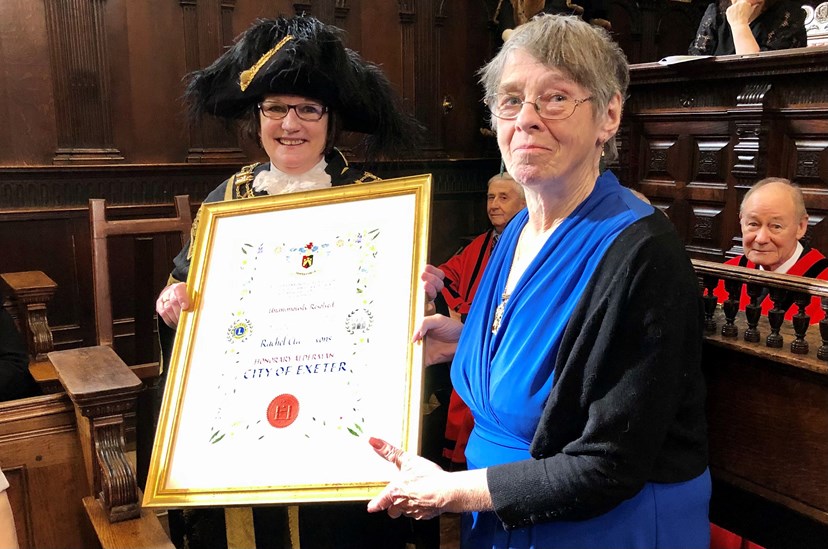 Accepting the honour of Honorary Alderman, she said: “When I came to Exeter in 1988 it was supposed to be temporary – 34 years later I am still here and Exeter is definitely my home. I will be staying in Exeter, hopefully in a house with a little garden, and I hope to be around in the city for a very long time to come.”

Lesley Robson was Lord Mayor of Exeter in 2017-2018 and was also a former Deputy Lord Mayor.

Brought up in the Chilterns, she read Maths and Physics at Reading University and worked for IBM. Her husband Bryan’s job as an engineer took the family to Greece and the Middle East, where she took up teaching Maths and English a foreign language.

The family moved to Devon in 1988, where she continued her teaching career in Exeter. She served on the City Council representing the Priory ward for 12 years. 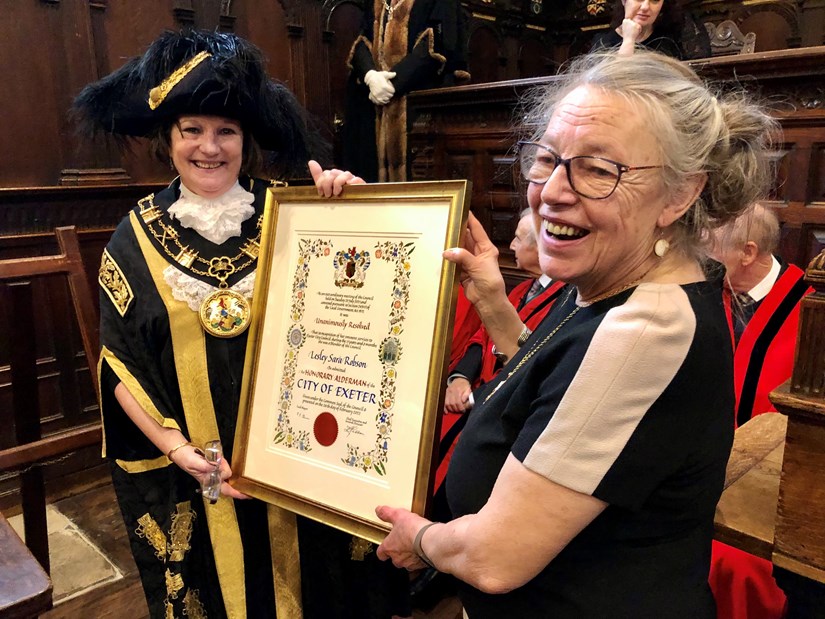 Accepting the honour of Honorary Alderman, she said: “It is quite strange to look around this great building that has been in continuous use for so long and to realise that you are a little bit of it. I want to thank all of the people who have helped me.”

Lord Mayor Cllr Trish Oliver thanked both former councillors and said they were true champions of their communities and had given a great deal through their service to the city.

Bestowing the honour she said: “You are here today because we want to thank you and acknowledge and recognise with gratitude the long service you have given to the city and the role that you are now willing to take upon you.” 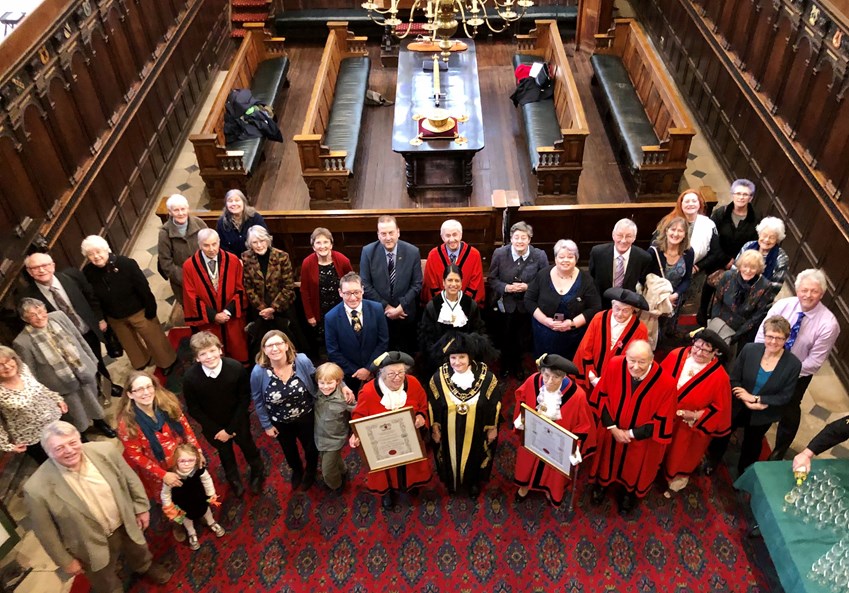 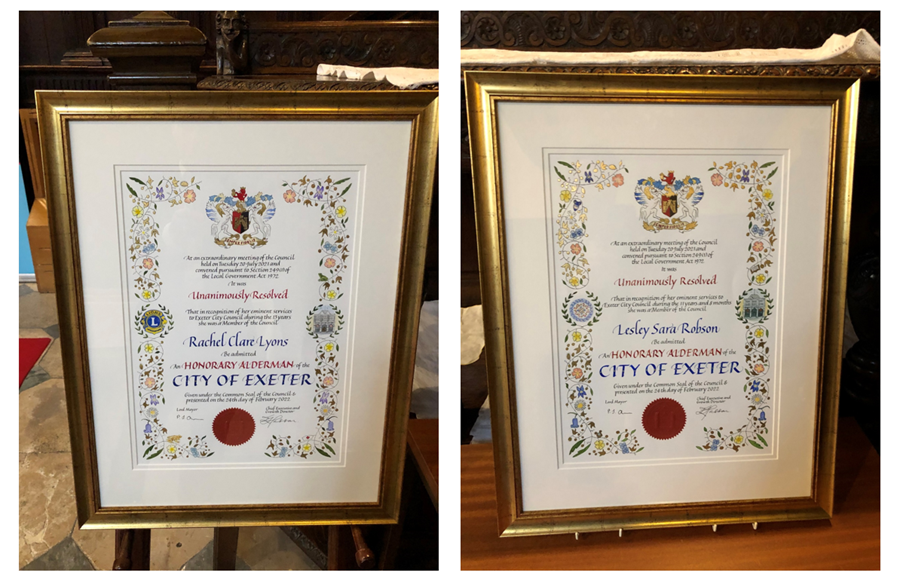