A Community Woodland created by volunteers just before ‘lockdown’ is already thriving, new photographs have shown.

The woodland creation site was recently adopted by the City Council from a developer in order to provide green space for the local community.

In early March, 32 volunteers including the Leader of the Council, Phil Bialyk, and Cllr David Harvey, Lead Councillor for Environment and City Management, donned wellies and gardening gloves to plant the trees – a mix of Oak, Spindle, Rowan, Hazel and Scot’s Pine. The initiative was carried out alongside the charity Trees for Cities.

Three months down the line and the young whips are already showing signs of growth, some emerging from their protective casings and displaying vibrant green leaves.

Some of the trees have inevitably failed but an inspection found that the rate of failure was only 8%, which is good for trees. 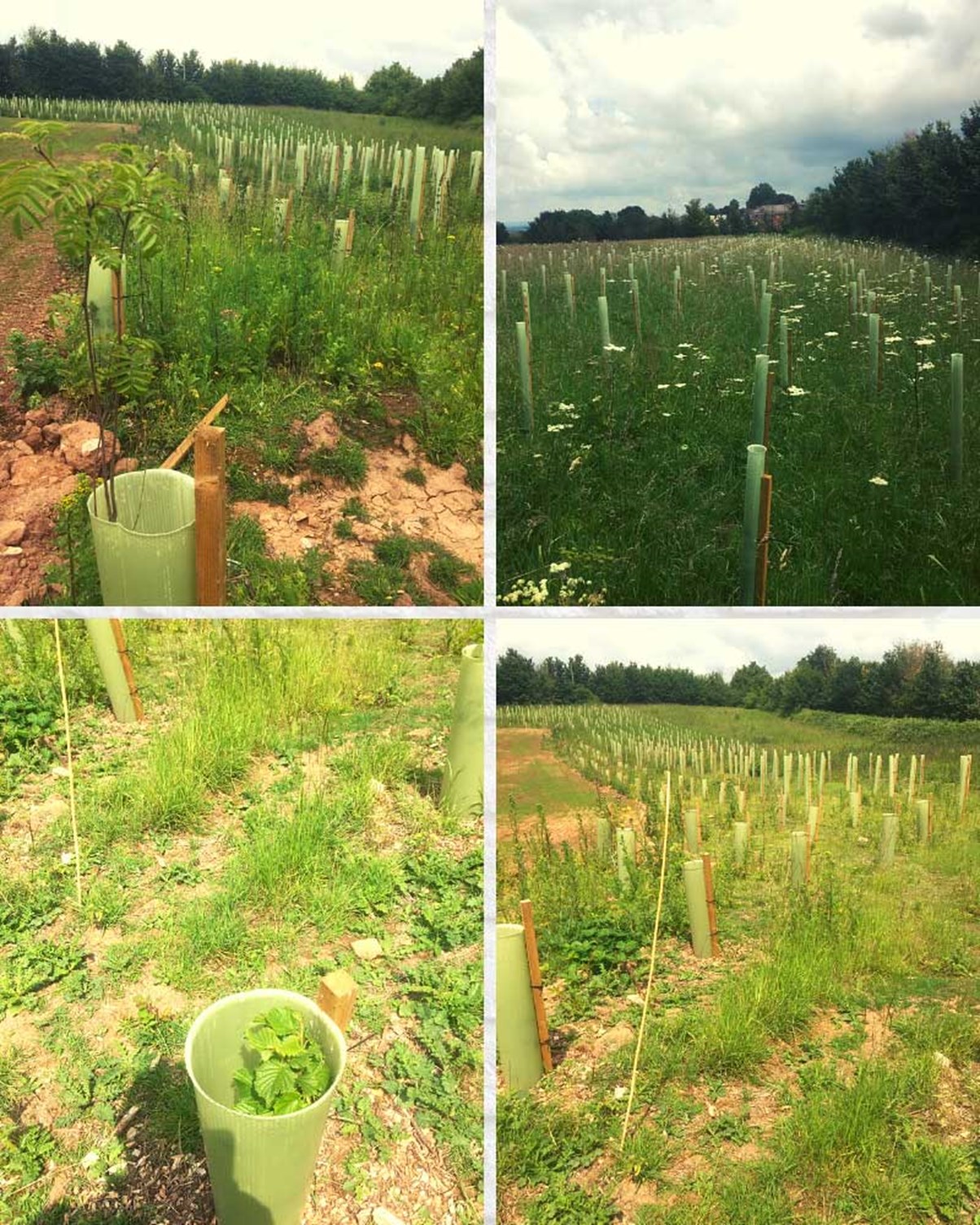 Cllr David Harvey said: ”It’s encouraging to see, that whilst everyone has been in ‘lockdown’, these trees have been taking their first steps of growth and in no time at all we will soon have a community woodland for everyone to enjoy.”

In March, the volunteers were asked what the best thing about planting trees was. These were some of the answers:

“A wholesome feeling on a Saturday morning creating a forest of the future!”

“Helps me with my mental health and reducing stress.”

“Good exercise, good fun, good to bring the community together!”

These trees will in time help to capture carbon (carbon sequestering) from the environment as well as providing improved ecological benefits to the local area.

The City Council recognises the great importance of trees and woodlands. Cllr David Harvey, Lead Councillor for Environment and City Management, said: “Trees not only benefit the environment and also provide valuable habitats for wildlife and biodiversity, they also deliver recognised benefits to mental health and wellbeing.”