Public thanked for woodland tidy up

Volunteers have been than thanked for helping to collect thousands of now-defunct plastic tree guards from a beauty spot in Topsham.

Thousands of trees were planted at the site between 1999 and 2005. They were fitted with spiral plastic tree guards to stop animals eating away at the bark.

The Council arranged for a dumpy bag to be placed at the spot and asked people who were walking there if they could help by picking them up and placing them in the bag. Already one of the bags has been filled up and another empty one placed on site. 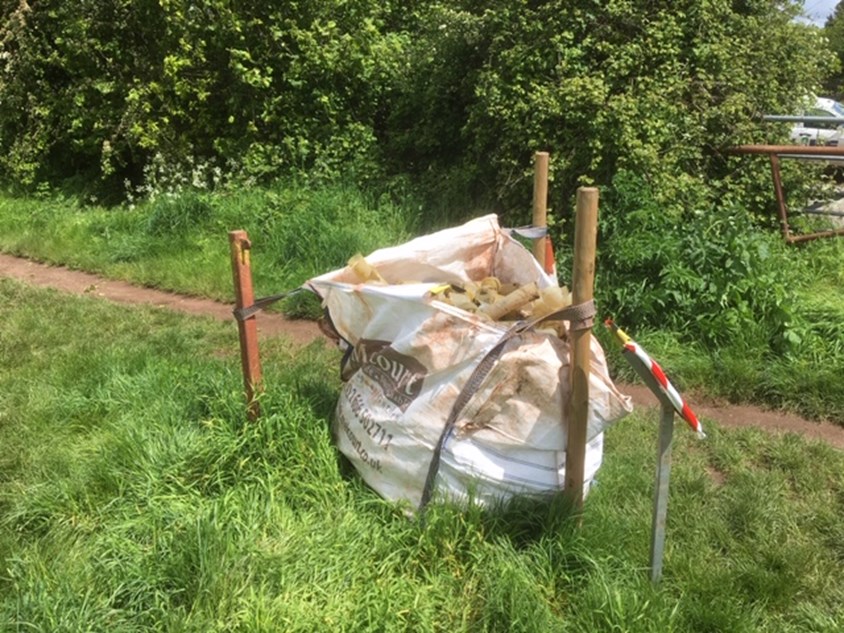 Once all the bags are full they will be taken to the Energy from Waste plant at Marsh Barton. The guards are not suitable for recycling.

Cllr David Harvey, Lead Councillor for City Management, said: “The response from the public has been fantastic. I have been so impressed.

“I’d like to thank everyone who has helped out. We’ve still got some way to go, but with the goodwill that is out there I have no doubt that we will achieve our target of tidying up the site.

The woodland was planted by volunteers over 20 years ago – made up of local community and school groups, a conservation group from Exeter University, and the British Trust for Conservation Volunteers.

“It’s heartening to know that from volunteering to plant these trees 20 years ago to helping tidy up in 2021, there are so many public-spirited people out there who are willing to help out with the environment and keep Exeter looking good,” added Cllr Harvey.

The Council has looked into environmentally-friendly recyclable or biodegradable tree guards and hopes to use this for future plantings.

Get tech-savvy at digital drop-in sessions