A local charity is asking for suggestions to help it name a part of one of Exeter’s most popular green spaces.

Devon Wildlife Trust manages Exeter’s six Valley Parks on behalf of their owners, Exeter City Council. It is at one of these – Ludwell Valley Park – that the conservation charity is now seeking the public’s help.

“In the autumn we installed a series of small signs next to Ludwell Valley Parks’ main gates and on pathways. Each of them has the field’s name taken from an old map called the Tithe Map. The map dates from 1843 and we thought it would be a nice idea to restore these names before they were lost.

However, some of the field hedges and boundaries have changed over the decades. One large field is now an amalgamation of several old fields – as such, it doesn’t have its own historic name. At present it is literally a field with no name. We thought it would be good to give it one. It’s this that we’re asking the public their suggestions for.”

The field in question will be well-known to local people. It is Ludwell’s largest field and stretches from the ridge which runs through the Valley Park downhill towards the ‘Panny’ stream.

“The field has a very well-used bench close to its highest point. Many people will have climbed this hill, sat on that bench and enjoyed some of the best views across the city. From there it’s possible to pick out Exeter landmarks including the cathedral, Heavitree church, St James Park, the new St Sidwell’s Point and the university. We now want this significant space to have its own name.”

The new field name will sit alongside others that have recently been restored. These include ‘Shipping Field’, ‘Little 3-Acres’, ‘Beam Wood’ and ‘Great Ridgeway’. 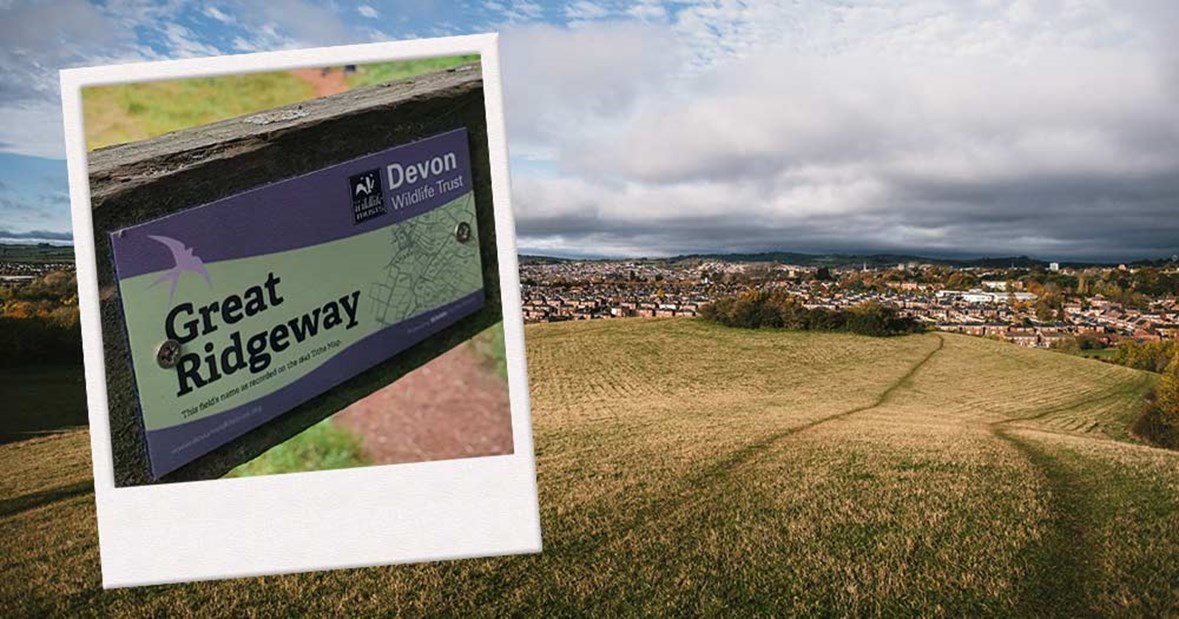 “Today’s un-named field was originally five fields. Some of their names were more obvious, some were more obscure: Round Hill, Shoulder & Mutton, 5 Acres, Tea Field and Great Meadow. But now we’re looking for a new name and we don’t need to be constrained by the past, let’s name it for the future!”

“This isn’t a poll or competition. We’re aware that in the past there have been some ‘interesting’ ideas put forward when it has come to the general public naming things. ‘Boaty McBoatface’ is probably the best-known example of where these kinds of decision have been opened to a vote!

We’re looking for interesting suggestions, preferably with a link to the area’s local history. So, if someone already knows the field by a local name then we’d like to hear it. We’ll then decide which to go with.”

The closing date for suggestions is Friday 28 January 2022.