Paths have been improved and upgraded in one of Exeter’s popular valley parks, making them perfect for an autumn stroll.

The work has been carried out in the Leafland area of the Riverside Valley Park, an area which can normally get quite muddy during wet weather.

Devon Wildlife Trust has carried out the work on behalf the park’s owners, Exeter City Council.

The Leafland area is a wooded section that sits on the bank of the River Exe, next to private allotments at Trews Weir. Previously the circular path become very muddy in winter, making access difficult for some visitors. A new wooden bench was also installed at Leafland’s entrance.

The work has been carried out to improve the experience for visitors. 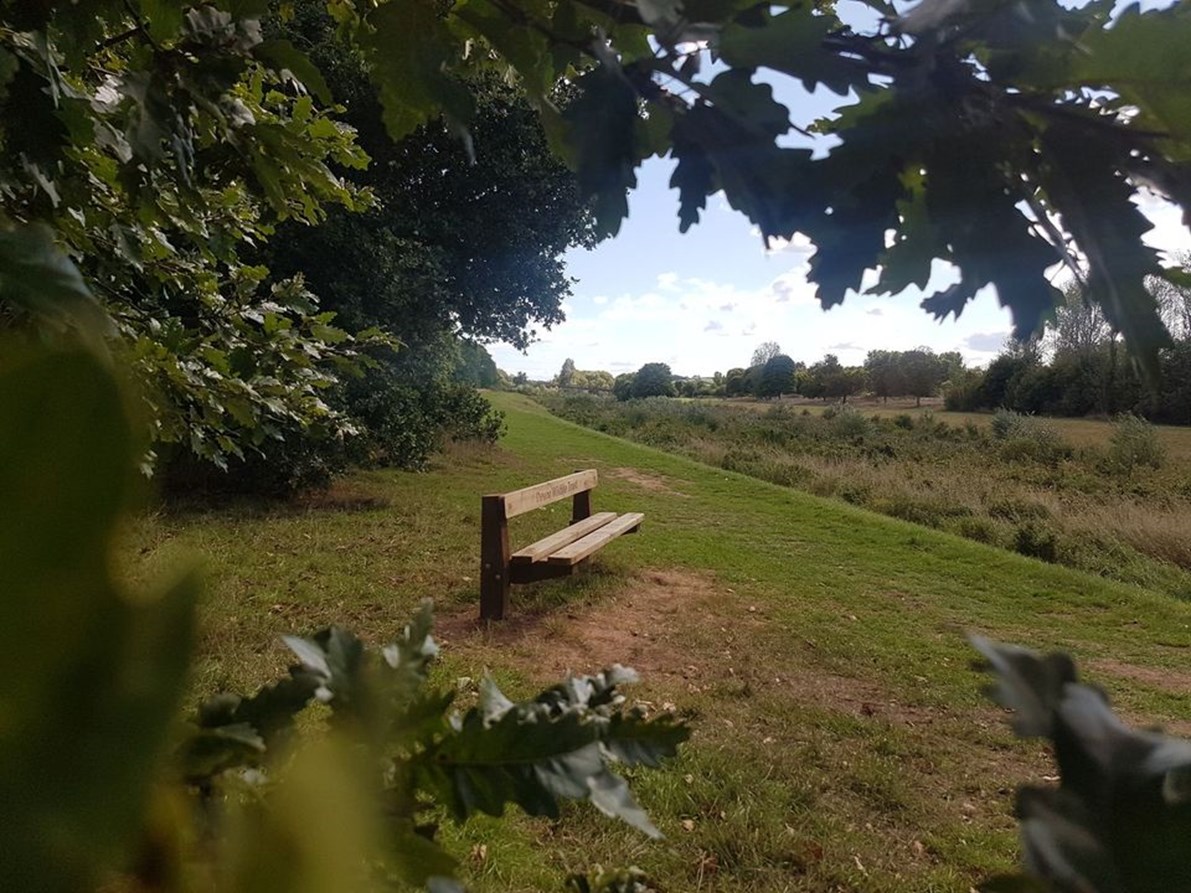 Each year Riverside Valley Park’s cattle grazed water meadows, woodland copses and riverbank are visited by thousands of local people along with many tourists.

Despite this high footfall, the park still provides a haven for local wildlife and a place where people can experience a sense of escape and tranquillity, all within a walk of the city’s busy centre.

Riverside Valley Park is not the only green space Devon Wildlife Trust manage for the Council. The charity also looks after five other flourishing Valley Parks.

In recent times the Trust has introduced new information boards for visitors at Riverside as well as other improvements. In early August a kissing gate and steps were replaced, while places which are prone to becoming muddy with heavy use have also received a stone dressing.