A number of wooden and metal slats from the major landmark buoy – which is located in the Riverside Valley Park, between the River Exe and Exeter Ship Canal, just downstream from the Quay – have been found broken off.

The maritime buoy used to mark safe water to the entrance of the Exe estuary. It was moved to Piazza Terracina before being craned into its current location as a piece of art in 2008.

Since then it has become a popular and well-recognised gateway to the city of Exeter.

Council officers will be looking to obtain quotes to carry out repairs to the buoy, but have stressed that people should not be trying to climb or get on top of it. 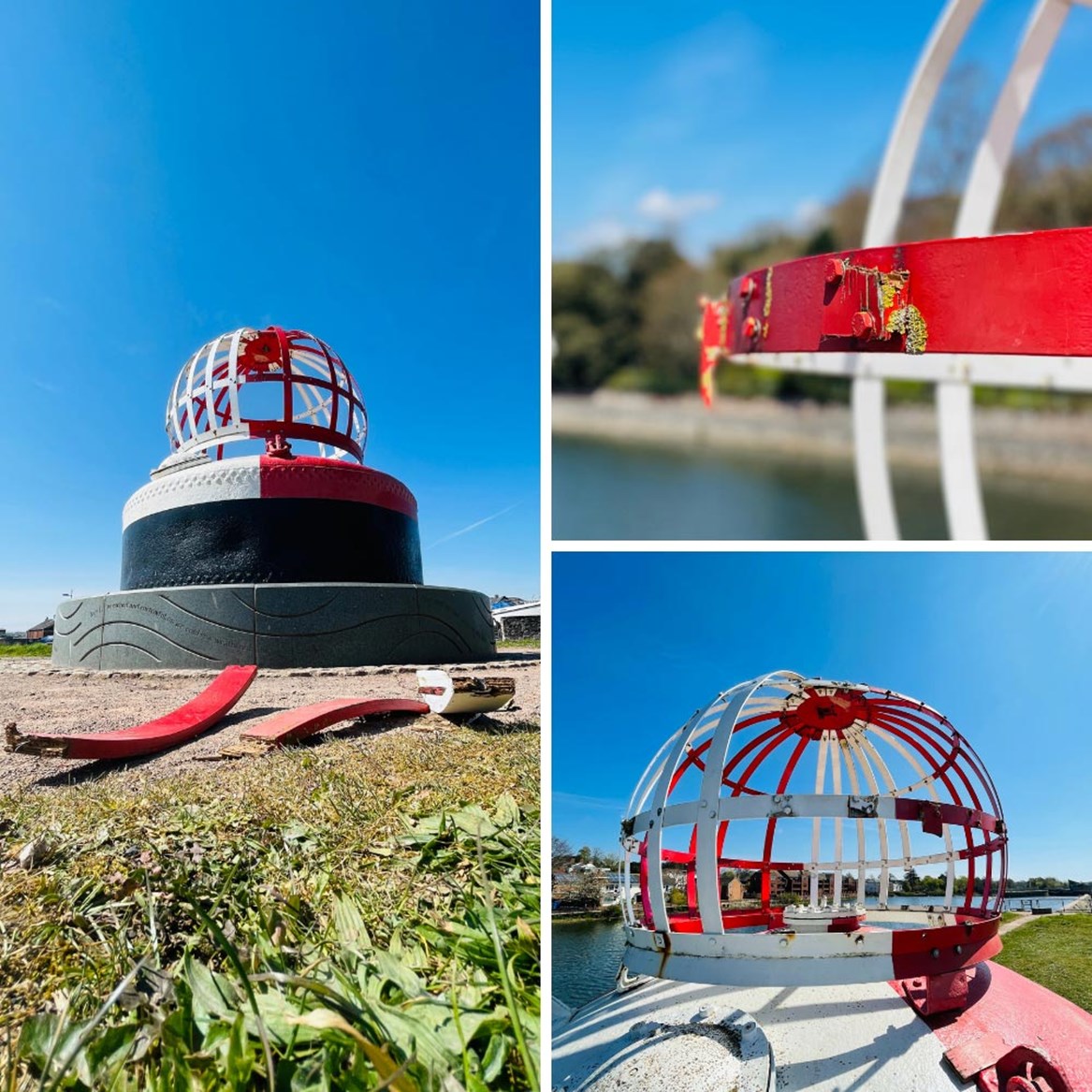