Large crowds outside Exeter Cathedral as the new King is proclaimed

The Proclamation to the nation was held at St James’s Palace, Westminster, on Saturday before being announced in counties and districts across the United Kingdom on Sunday and Monday.

The Proclamation was read by the High Sheriff of Devon, Richard Youngman, at County Hall at 1pm on Sunday.

At 3pm, The Lord Mayor of Exeter invited Karime Hassan, the Chief Executive and Growth Director of Exeter City Council, to read the Proclamation outside Exeter Cathedral.

Prayers were led by the Dean of Exeter and the Bishop of Exeter, who were accompanied by the Vice Lord Lieutenant of Devon and invited dignitaries.

Thousands of people gathered outside the Cathedral’s West Door to watch the Proclamation.

A digital version of the Order of Service can be viewed here: https://adobe.ly/3L1OO26

The Proclamation of the new Sovereign is a very old tradition which can be traced back over many centuries.

Because this is the first time a serving monarch has died on the throne since the Queen’s father King George VI in 1952, Saturday was Proclamation Day, when the name of the new Sovereign was announced, with other Proclamations following throughout the UK.

The ceremony does not create a new King. It is the announcement of the accession which took place immediately on the death of the reigning monarch.

More local information can be found at https://exeter.gov.uk/in-memory 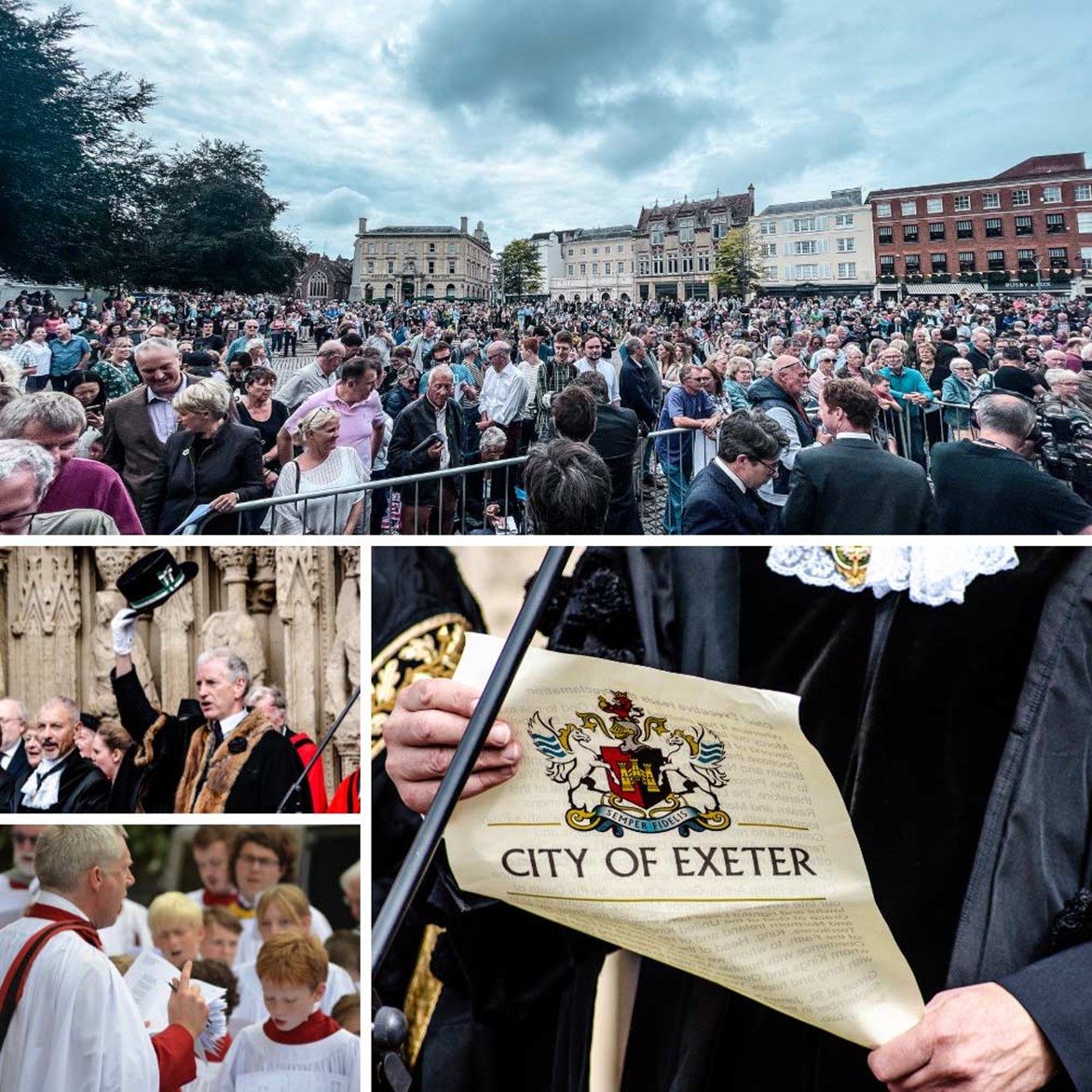