Exeter’s policy of letting grass grow longer in certain parts of the city is helping to address the decline of pollinators and has won backing from the Devon Wildlife Trust.

The City Council’s change in grass management practices is allowing nature to thrive inside a bustling city, protecting valuable wildlife habitats and for many residents and visitors, enabling the joy of seeing colourful displays of wildflowers beside busy roads and housing estates.

In February 2019, Exeter City Council declared a climate emergency and pledged to become carbon neutral by 2030. Biodiversity is one of the key themes to achieving this through carbon sequestration – planting more trees and creating habitats that remove carbon from the atmosphere.

Exeter is one of many authorities that has adopted a less intensive way of managing grasslands rather than just simple neglect. 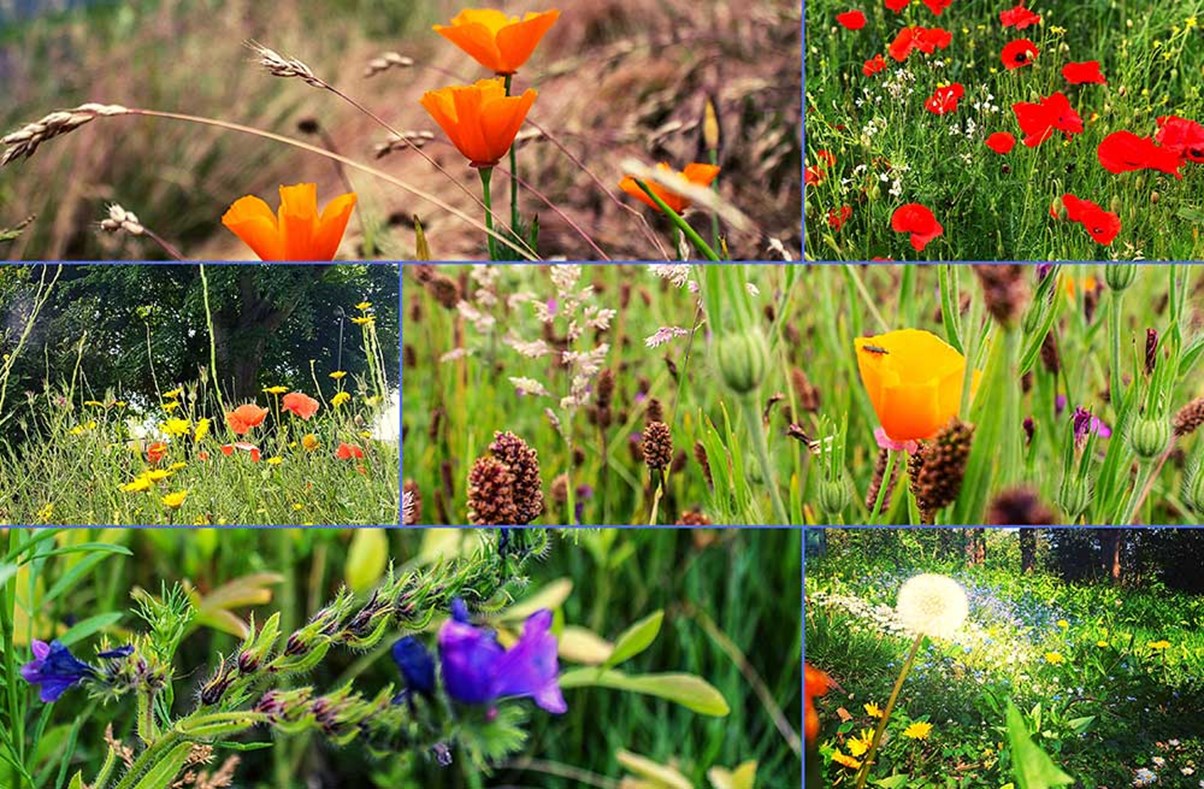 Whilst it can be seen by some people as ‘messy’, it is fast becoming the new ‘norm’ across the country as other councils seek to address the targets within the government’s 25-year Environmental Plan and 10-year National Pollinator Strategy.

Cllr David Harvey, Lead Councillor for Environment and City Management, said the idea of neat tidy manicured lawns was now starting to be challenged as species-rich habitats were gaining in popular opinion.

“We are helping to improve the ecosystem through pollination and food sources and building a resilience to climate change. Not only is it good for the planet, it is good for our health and wellbeing.

“People love seeing nature thriving on our back door step. A reduction in mowing frequency for instance, decreases the growth of the highly allergic common ragwort, which in turn decreases the amount of pollen in the air, reducing the severity of hay fever symptoms.”

The Council has been working closely with Devon Wildlife Trust for more than a decade on the Exeter Wild City Project, introducing wildflower verges and meadows within public open spaces. Initially seeded with both annual and perennial seed mixes to ensure short and long term colourful displays, there are currently 50 such sites across the city, including community and school-managed locations, as well as roundabouts.

In addition, the Council is no longer mowing under ‘drip lines’ of trees, increasing benefits to biodiversity as well as the compaction of root zones, which can damage trees.

In order to highlight that these areas are not just being left due to mismanagement, a 1-metre swathe is cut to the edges of the grass area, which also helps with the management of litter. Where there are safety concerns, for example at road junctions, cutting regimes are increased in order to manage this.

A recent survey by Friends of the Earth found that 81% of people polled thought that councils should reduce grass cutting in an effort to let more wildflowers grow and boost pollinator populations.

Friends of the Earth Chief Executive Craig Bennett said: “Local councils have a vital part to play in helping the UK’s under-threat bee populations. Policies, such as allowing grass to grow on roadside verges, will help bees, save cash-strapped councils money and are supported by the public too.”

Devon Wildlife Trust’s Emily Stallworthy explains why helping our urban pollinators is so important: “Forty-one per cent of our insects are facing extinction.  This is a huge loss for our natural environment but impacts on our lives too,” she said.

“As pollinating insects such as bees, beetles and moths begin to disappear due to a lack of habitat and food, it will cost us around £1.8 billion every year to pollinate crops ourselves!

“Allowing meadows to grow in our park corners and on our road verges and roundabouts, we are creating important habitat corridors through the city to feed and shelter insects, birds, hedgehogs, and other fascinating animals.  We can all take action for insects by leaving a corner to grow long and planting pollinator friendly plants and shrubs in our gardens and window boxes,” she added.