Graffiti has been removed from Exeter’s historic Guildhall after vandals struck earlier in the week.

Exeter City Council’s graffiti removal team cleaned the pillars at the front of the building early on Friday morning.

The Council had to get the go ahead from Historic England before the work could be carried out because of the historical significance of the building. The team also experimented on granite at their depot before carrying out small tests on the pillars. 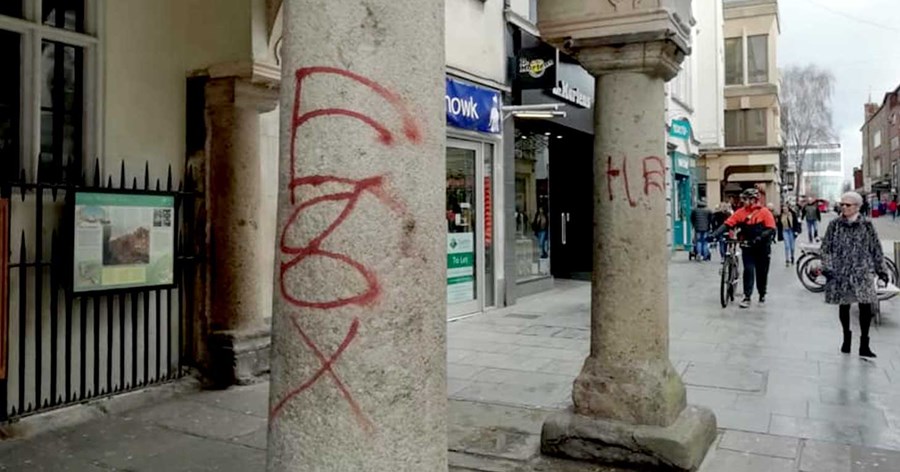 Cllr David Harvey, Lead Councillor for Environment and City Management said: “Work to remove the graffiti has been carried out expertly and sensitively by the team. People have been justifiably outraged by this vandalism and I would urge anyone who knows anything about it to contact the police.”

The City Council’s graffiti removal team removes offensive and racist graffiti from around the city. Graffiti can be removed from privately owned buildings if the owner signs a disclaimer allowing the Council to carry out the work.

Caring for the future: Exeter’s pioneering extra care scheme is a UK first