A riot of colour has broken out across the city, with wild flowers coming into bloom as part of the Wild City Project.

The initiative – a collaboration with Devon Wildlife Trust – is now in its fourth year and still pleasing locals and visitors alike.

Wild flower seed has been sown alongside roadsides, in parks, on roundabout and in key gateways to the city. Many of the sites now self-generate, meaning they don’t need to be sown every year.

Not only do the impressive displays of colour look beautiful to the eye, they attract a wide variety of insects and pollinators. 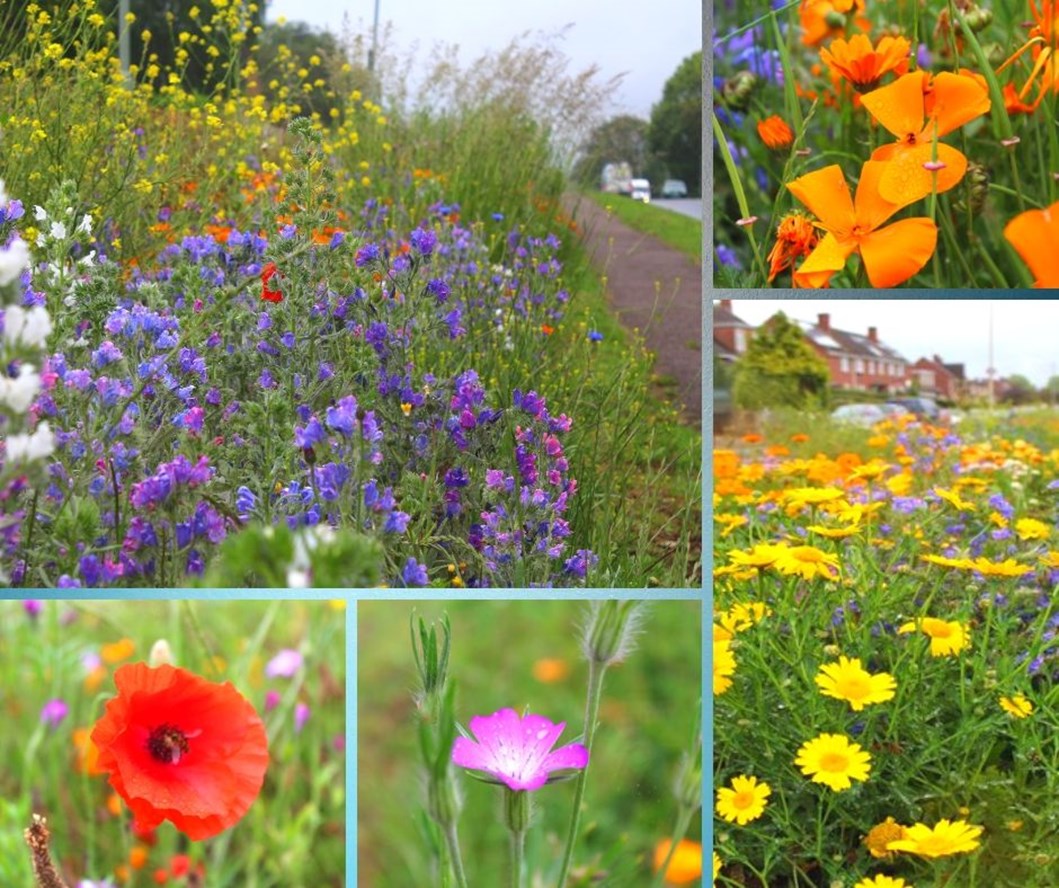 Cllr David Harvey, Lead Councillor for Environment and City Management, said the Council had chosen 32 sites initially, preparing the ground and planting the seeds. Community groups and schools were involved in the planting.

“The feedback has been fantastic,” he said. “Everyone loves it, they can’t get enough of it and it’s doesn’t just look good, it’s great for the environment.”

“At the end of the year when we go to cut the grass we’ll collect in the seeds and these can be used again at other sites, saving money.”

The initiative means that not so much grass across the city has to be cut, saving money and allowing a better standard of grass cutting elsewhere where it needs to be cut.