Visitors to Exeter’s Quay will have the opportunity to view a series of ultra large scale photographic prints captured with a giant camera created out of one of the rooms at the Custom House.

The images taken by photographer Brendan Barry, along with a camera obscura and a video explaining the processes he used, will be on display at the Custom House as part of Heritage Open Days in September.

The project is being funded by the Exeter Canal and Quay Trust as part of an overall initiative to turn the Custom House into a Literature Hub.

Brendan is in residency down on the Quay this week and has already started making photographs.

Camera obscuras were first invented in the 16th century and were the ancestors of modern day photographic cameras.

The Latin name means ‘dark chamber’ and the earliest versions, dating to antiquity, consisted of small darkened rooms with light admitted through a single tiny hole.

The result was that an inverted image of the outside scene was cast on the opposite wall, which was usually whitened. For centuries the technique was used for viewing eclipses of the Sun without endangering the eyes and, by the 16th century, as an aid to drawing.

Portable versions were built, followed by smaller and even pocket models; the interior of the box was painted black and the image reflected by an angled mirror so that it could be viewed right side up. The introduction of a light-sensitive plate by Joseph Nicéphore Niépce in 1826 or 1827, allowing the cast image to be captured and fixed, laid the foundations for photography as we know it today. 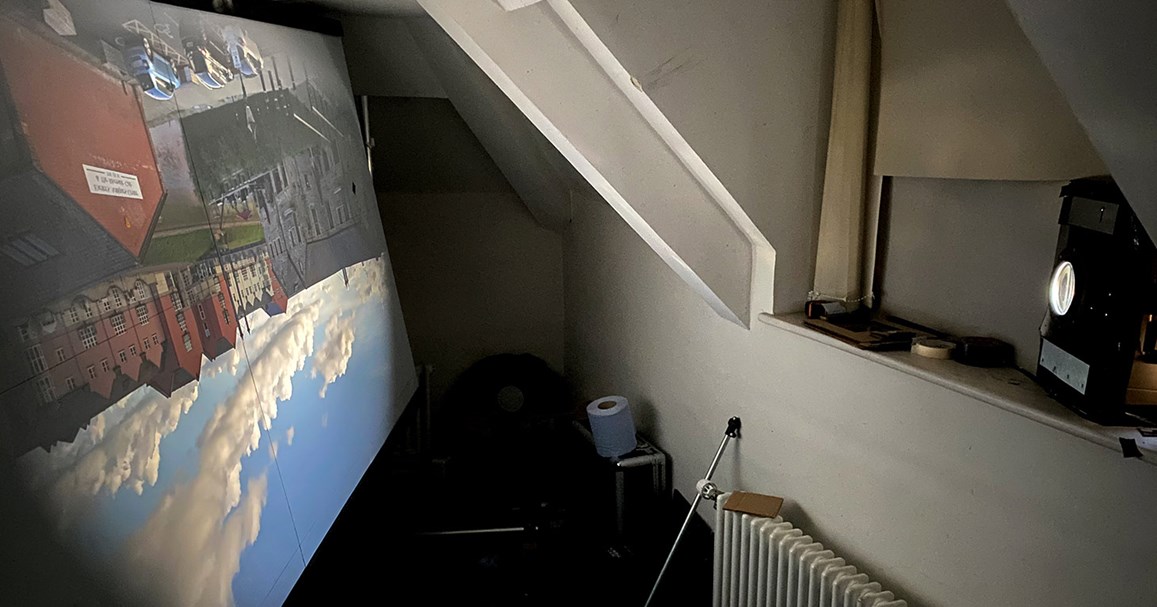 Brendan said: “My work aims to challenge our understanding of what a camera is, what it can do and how one can be constructed, taking the whole notion of what a camera might be, unpicking these preconceptions and creating new ways of inviting an audience into having a transformative experience in a space.

“During my residency at the Custom House I will be transforming a number of rooms in the building into giant cameras and using them to capture images of Exeter Quay using a range of analogue photographic processes and techniques”.

Heritage Open Days runs throughout Exeter from 11 to 20 September, with a number of historic and interesting buildings and locations that would not normally open up to the public or charge an entry, opening up for free.

A programme of events for Exeter’s Heritage Open Days is available to view on the website at www.visitexeter.com

The Custom House’s role as a Literature Hub will see a number of cultural activities being created at the landmark building during 2021.