An exhibition on HMS Exeter and the 80th anniversary of the Battle of River Plate will be held in the city next month.

It takes place at Exeter’s historic Guildhall in the High Street and the White Ensign Club, in South Street, on Friday 13 December, from 10am to 4pm.

During the exhibition both venues will feature a range of historic items, including the medals belonging to HMS Exeter Captain FS Bell and the personal diary kept by his wife, courtesy of the Devon Records Office.

A range of historic items from HMS Exeter, including a ceremonial spade and the original Ensign Flag with the bullet holes, will also be on display.

The Battle of the River Plate took place in the South Atlantic on December 13, 1939 and was the first major naval battle of the Second World War.

Ships from the Royal Navy’s South American Division took on the might of the German heavy cruiser Admiral Graf Spee, which was successfully attacking merchant shipping. 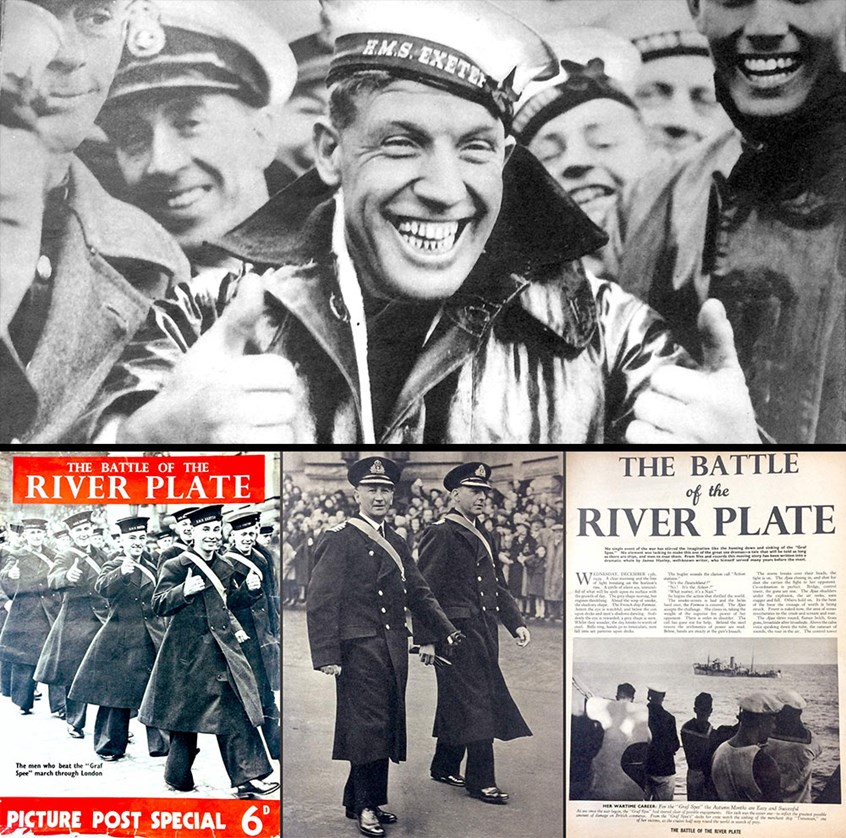 The Graf Spee had cruised into the South Atlantic a fortnight before the war began. One of the hunting groups sent by the British Admiralty to search for the vessel, comprised three Royal Navy cruisers, HMS Exeter and HMS Ajax as well as HMS Achilles from New Zealand.

A battle ensued off the estuary of the River Plate close to the coast of Uruguay in South America.

HMS Exeter was severely damaged and forced to retire; HMS Ajax and HMS Achilles suffered moderate damage. But the battle had been won - the damage to Admiral Graf Spee, although not extensive, was critical and the fuel system was crippled.

It made it to shore in Uruguay, where the Germans released 61 captive British merchant seamen who had been on board.

When it attempted to leave it was prevented from leaving the harbour, and was eventually scuttled on the River Plate estuary on December 17.