It’s been another beautiful May week, and spirits are lifting both with the sunshine and with the creative and caring acts that are going on around the city.

In the Pennsylvania area, some magic is springing up around a local stream and willow tree. Each day that families visit they can find a subtle change or addition to Fairyland, the idea of a local teaching assistant who needed an outlet for her creativity.

Fairyland has grown over the weeks and now has a small post box for children to write to the fairies. They often go back another day to find the Fairy Queen has left them a reply or a painted stone with their name on it!

A parent said: “My seven-year-old is really struggling at the moment (like many). Going here on our daily exercise has literally made her day. She wrote to the fairies too and they wrote back. It was so nice to see her eyes light up and her excitement! Just beautiful.”

Families are making the best of the country parks we have on our doorstep. There are six Exeter Valley parks managed by Devon Wildlife Trust on behalf of Exeter City Council and these are a great place to take some time outdoors with ample space to socially distance. The photo below shows twins taking a rest together in Barley Valley Park overlooking the city.

The Heavitree Running Group are sharing their solo runs digitally so they still have a sense of togetherness and achievement as a group. One member, Rich Hill, was due to run the London Marathon but as it was cancelled he decided to run 26 laps around the Heavitree block instead. Other members of the running group and community came out to cheer him on.

Recently, the volunteer network heard from a lady who was having a bad day health wise and needed her small dog walked. Exeter Community Wellbeing matched her up with a volunteer with a young family who love dogs. The lady was delighted that children would help walk the dog during their outdoor exercise - and the children were delighted to help!

Community groups have adapted fast to the new way of living, including a toddler group in Heavitree, which is putting on a virtual story and song time to keep in touch with young children who are unable to go to the group at the moment. Newcombe Street residents have a weekly art and photography challenge for different age groups. The shielded members of the community act as the judging panel and each week the winner chooses a theme for the following week’s creative pursuits. A few streets over, Sweetbrier Lane residents chose a different creative medium and got together to bulk order flour – they are now baking up a storm.

Cake is an ongoing theme in our storytelling. In and around Raglans, locals have been giving out rainbow coloured bunting to decorate the area, in return for donations to the Endeavour Residential Care Home for the residents, who are missing their families. Currently, £90 has been raised and the staff have used some of it to buy cream cakes and to put on a fantastic VE day party.

There are all sorts of connections being made through the active volunteer and communications networks across the city. One of the volunteers who came through Exeter Community Wellbeing was really pleased to be phoned at home by a local Community Builder and asked to do some shopping for a couple nearby. She thought that as she isn’t on the internet and doesn’t have a mobile, she wouldn’t be contacted or able to help. We make a point not to let anyone slip through the net simply because they aren’t active on the most up to date technology.

People can be isolated for many different reasons. In Wonford a lady who is blind but usually very independent is relying on a volunteer to do her shopping for her, as it would be hard for her to socially distance outdoors. The volunteer, knowing that the lady was frustrated, brought a gift of sweet smelling flowers as a little gesture to cheer her up. The lady was so happy at this thoughtfulness that she phoned her local Community Builder to share the good deed.

One isolating Exeter resident received a call from a decorator who had done work for her in the past. Even though they haven’t been in touch for over six months, the tradesman rang her out of the blue to offer his help with shopping or errands.

Jenny, who is shielded in the Beacon Heath area, has not been out of the house for several weeks. Jenny says that visits from her matched volunteer have been a wonderful tonic. “I have been so lucky to have Julia, she’s absolutely amazing, kind and caring. I’d be really stuck without her help. If I had to give her marks, I’d give her 10 out of 10!” 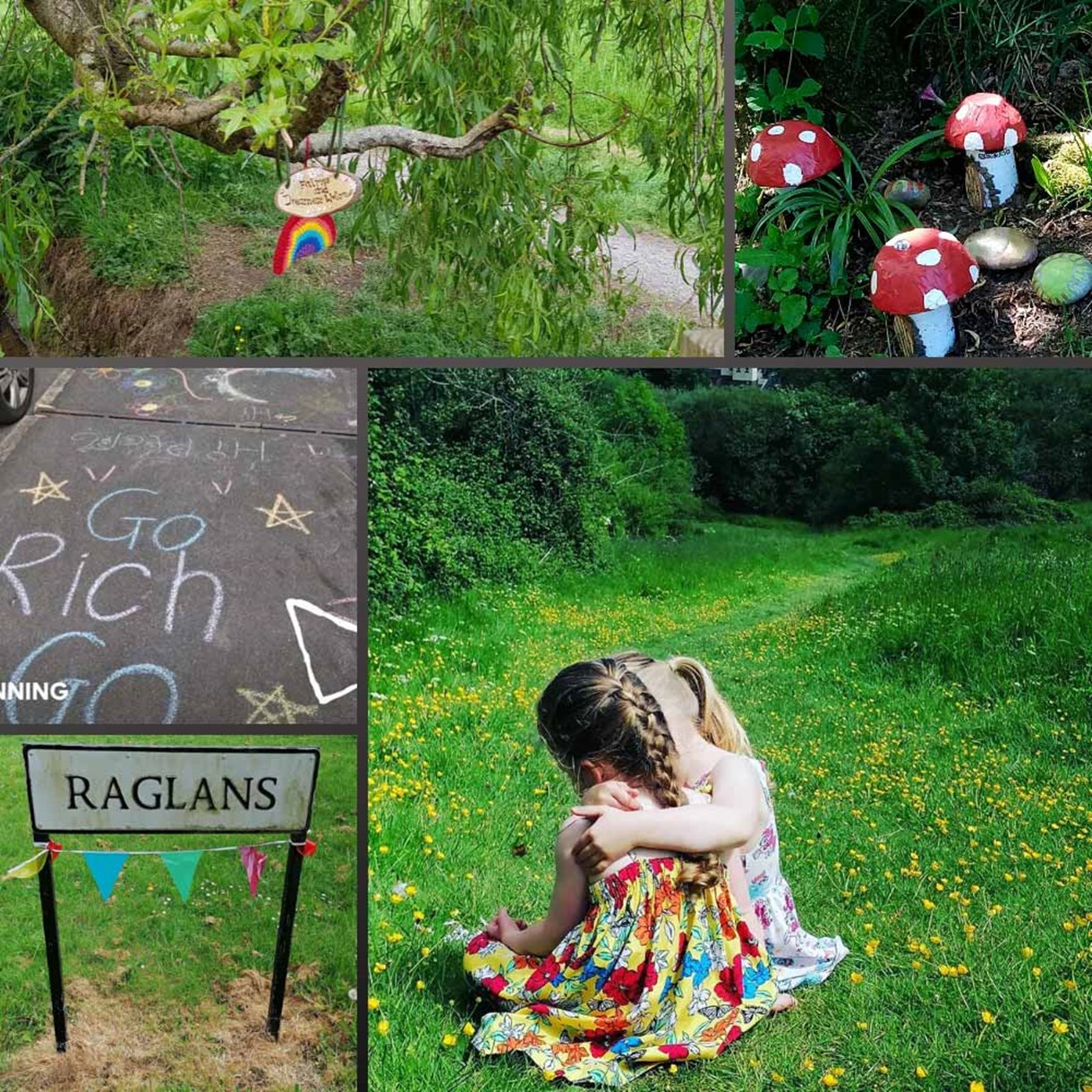 One of the volunteers who signed up to Exeter Community Wellbeing told us, “I’ve never been praised so much for doing so little!” Alison is doing shopping, pharmacy and school breakfast box deliveries while she is furloughed. “I need to be doing something and I just wanted to help.”

Volunteering is nothing new for some. Ghee Bowman is a historian and has lived in Beacon Heath for 20 years. He’s been volunteering all his life, so when the crisis hit he joined Exeter Community Wellbeing and has done pharmacy and shopping runs for local people, as well as leaflet drops and telling local residents about the group. “I have a strong sense of identity with this area. This is my home and the people around me are my neighbours. In times like this when you can’t go far, it means the focus is much more local and I’ve got to know people living near me.”

The bonds that are emerging between community members who are isolated and volunteering are heartening. There are many stories of planned hugs, cuppas, pints and swapping of things like plants and books going on. We’ve even heard of people sending treats and games to neighbouring children who they hadn’t met before, recognising that lockdown can be as hard on children as it is for them.

We heard from the government this week that some restrictions are being eased. We are now allowed to take exercise or simply enjoy the outdoors as often as we like, provided we continue to social distance.

This comes as great news to many but it is important to remember that we have a responsibility to keep ourselves and each other safe. Some members of our community are still going to be isolating indoors, particularly in the vulnerable and shielded groups. The Exeter Community Wellbeing hotline is still at full capacity and still putting community members in touch with volunteer support and professional services wherever needed.

Everyone is having to get to grips with these times in their own unique and challenging circumstances. We are so grateful for and humbled by the incredible spirit of togetherness and friendship in our city and its communities. Give yourself a pat on the back. You’re doing a fantastic job!

To volunteer your time or to request support, get in touch with Exeter Community Wellbeing: