Exeter Ship Canal’s important role in the development of transport in the UK has been recognised by the awarding of a National Transport Heritage plaque or ‘Red Wheel’.

The plaque was unveiled at Exeter Canal Basin by the Lord Mayor of Exeter, Cllr Trish Oliver.

The ‘Red Wheel’ has been mounted on the wall at the rear of Maclaines Warehouse at the Basin.

It commemorates the opening of the canal in 1566 as the first waterway to be built in Britain since Roman times. The Canal was also the first to use Pound Locks.

Red Wheels is an initiative that recognises transport sites of great significance. The National Transport Trust is the only national body which promotes and encourages the preservation and restoration of Britain's transport heritage in all its forms - road, rail, wings and water.

To date more than 120 Red Wheels have been placed around the UK.

To find out more go to the National Transport Trust’s website at https://www.nationaltransporttrust.org.uk/red-wheels 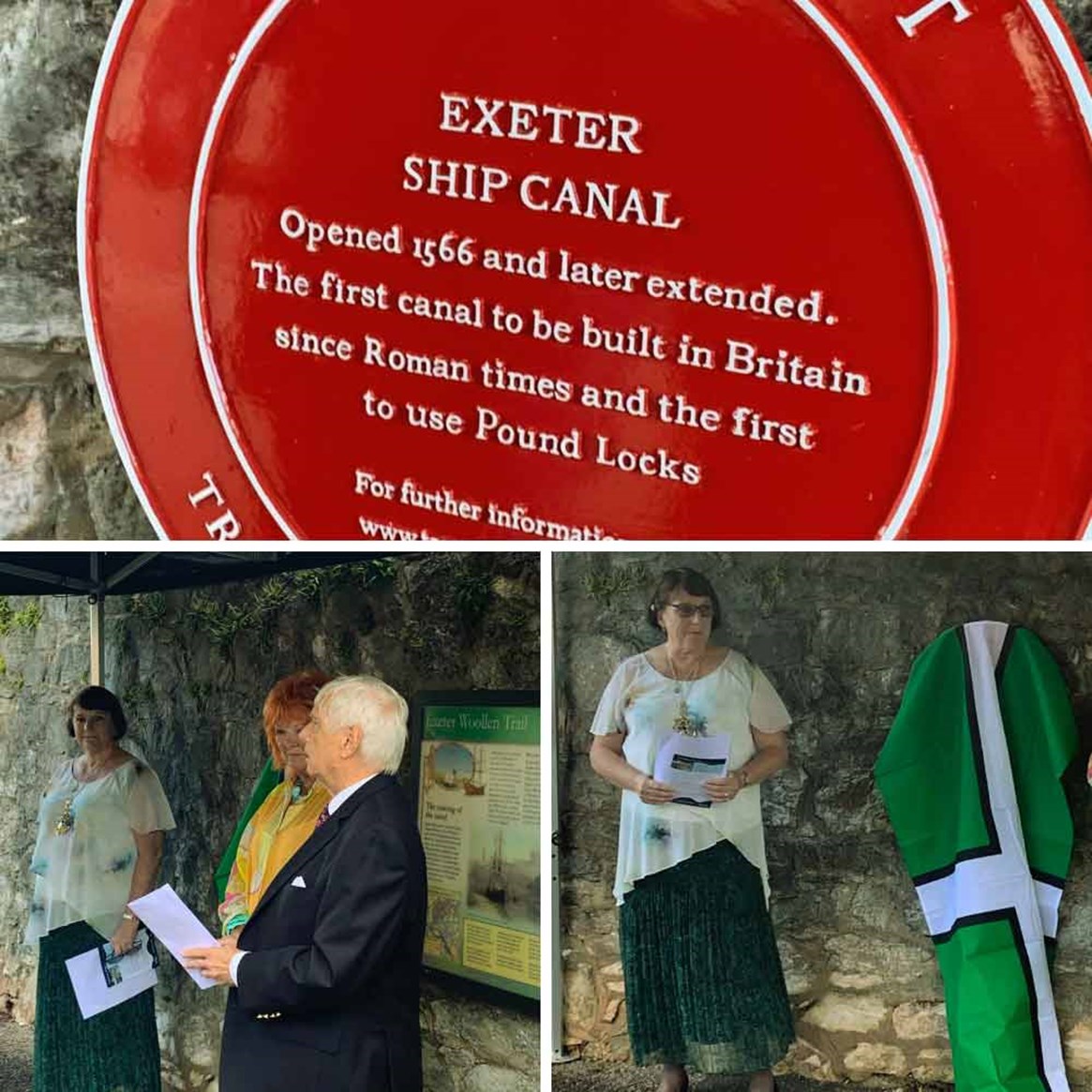 Cash in the Cupboard? - Denis the Dustcart Blog