Plans to progress the £300m redevelopment of Exeter’s city centre have taken another step forward.

The Executive committee will be asked to back plans to form a collaboration between the landowners of the site to drive forward the redevelopment.

This comes as the City Council unveiled for the first time that the prestigious development in Paris Street would be called Citypoint.

Artist’s impressions of the redevelopment of the old bus station site have also emerged, showing provision for both luxury and budget hotels, restaurants and bars, residential accommodation, office space and the relocation of the Civic Centre into a brand new Public Sector Hub. 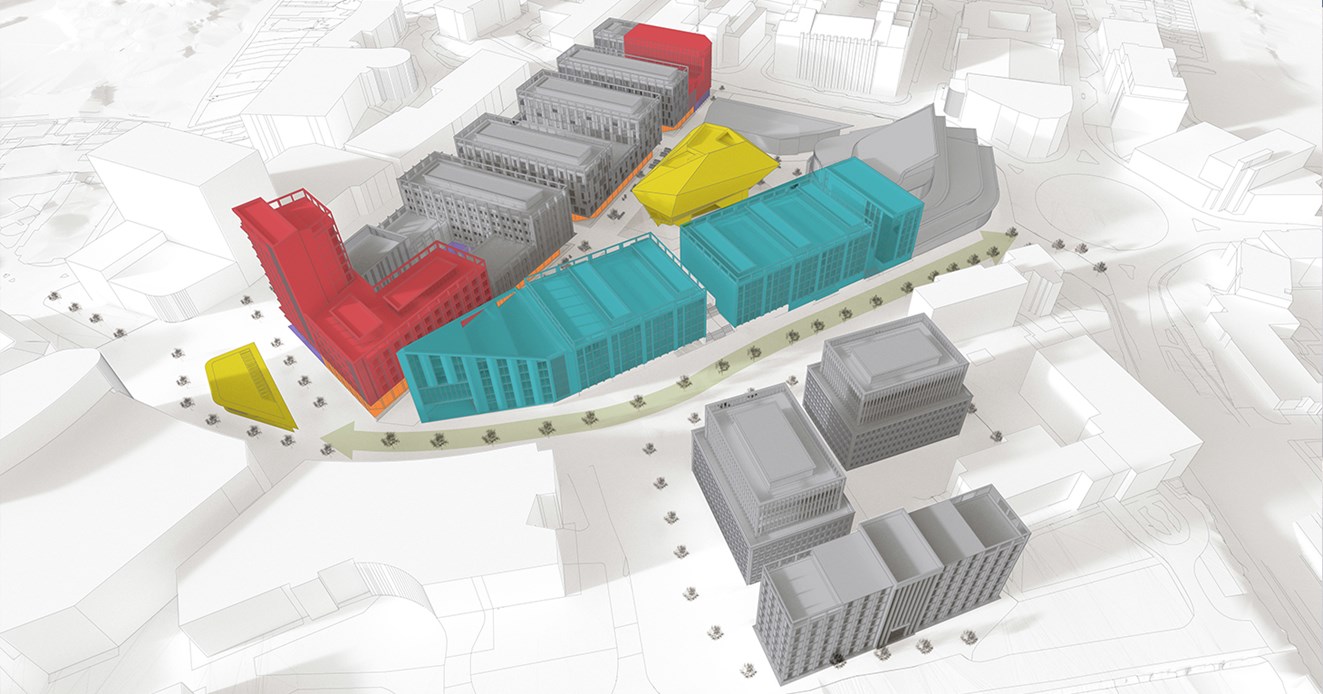 Council Leader Phil Bialyk said the Council would be looking to establish a close collaboration amongst the land owners to take the redevelopment forward.

Work has already begun on the new St Sidwell’s Point Leisure Centre on the far end of the site and a new replacement bus station nearby.

“Since December, we have been working hard to progress the redevelopment of the wider site,” said Cllr Bialyk.

“We have been responding to a constant stream of enquiries from interested developers, occupiers, investors, contractors and property agents following the extensive media coverage of the development proposals at the end of last year.

“We are now in a position to take the next steps in bringing forward the wider site for regeneration and will be working closely with our partners to pool property interests and jointly promote the development proposition.”

Executive will be asked to back the recommendations to progress the redevelopment at a meeting on 10 September.