Big-hearted students offered up their time and energy to help clear a beauty spot of thousands of now-defunct plastic tree guards.

The T-level students from Exeter College set to work picking up the plastic at Millennium Woodland in Topsham.

Their efforts were enough to fill two big dumpy bags with the unwanted plastic, which will now be sent to the Energy from Waste plant at Marsh Barton. The guards are not suitable for recycling.

Thousands of trees were planted at the site between 1999 and 2005. They were fitted with spiral plastic tree guards to stop animals eating away at the bark.

Recently the Council arranged for a dumpy bag to be placed at the spot and asked people who were walking there if they could help by picking them up and placing them in the bag. Local volunteers had already filled one of the bags and started on another before the students pitched in with their kind offer of help. 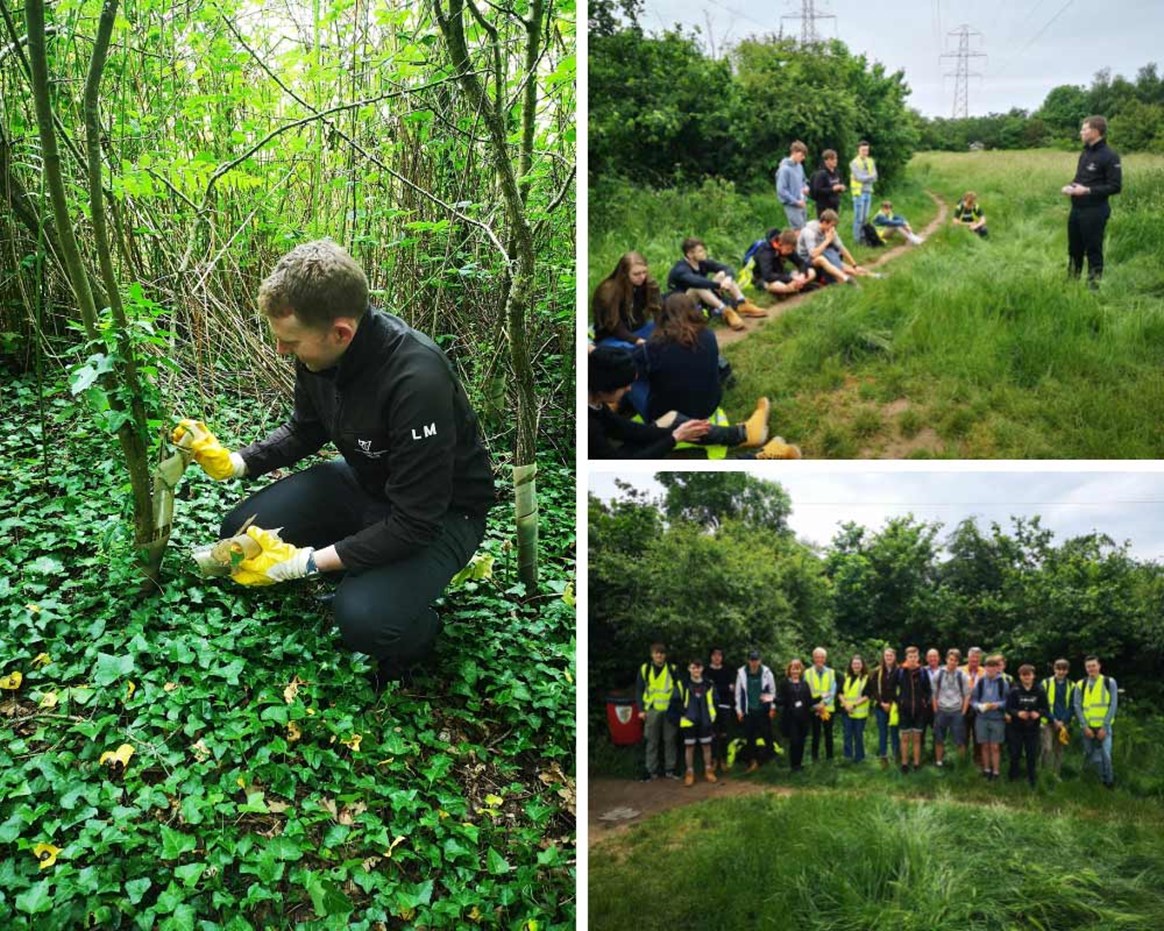 Danielle Haskins, Assistant Community Liaison Officer for Wilmot Dixon, said: “We have been working with the T-level students as part of our work to deliver the College’s new Digital and Data Centre. One of the areas we explored was the environmental impact of construction. We couldn’t  think of a better way to show respect for the environment than by working together to remove the plastic from the trees that would otherwise degrade and contaminate the soil.”

Louise Dennis, Exeter College’s Industry Placement Liaison Officer, said: “The students really enjoyed the experience of clearing the plastic guards from the trees at the Millennium Woodland.  It was a great opportunity to get outside after spending so much time in the classroom and at home during lockdown.  It is of benefit to have hands on experience, enjoy being outdoors in the fresh air and learn about the impact of climate on the construction industry.”

Cllr David Harvey, Lead Councillor for City Management, said: “I’ve been so impressed by the public’s response to get involved and to see students from Exeter College helping out is terrific

“Once again I’d like to thank everyone who has been involved. We’ve still got some way to go and will be organising another event shortly, but I have no doubt that we will achieve our target of tidying up the site with all the goodwill and community spirit that is out there.

The woodland was originally planted by volunteers over 20 years ago – made up of local community and school groups, a conservation group from Exeter University, and the British Trust for Conservation Volunteers.