The success of a college netball team that achieved an unprecedented national treble has been recognised by the Lord Mayor of Exeter.

Exeter College Netball Academy became the first ever college team in the UK to win three national competitions in one season.

Exeter Lord Mayor Cllr Yolonda Henson got to hear of the team’s success and invited them to the city’s historic Guildhall, where they were recognised for their achievements.

AoC Competitions Manager Andy Pereljewski, said: “This is the first time a team has won the treble and we commend the students for their commitment and application over a long season and the staff for coaching the team to such a high standard.”

The 15 strong squad of girls have played together and against each other through their club and school netball careers and this college success is a bitter sweet pinnacle as they now go their separate ways, to University or jobs etc.

Cllr Josie Parkhouse, Lead Councillor for Leisure Services and Physical Activity, praised the girls for their success on the court.

“This is a fantastic achievement. To win not one but three national titles in one season is staggeringly good. Their success will inspire others to take up netball, which can only be good for the sport and good for physical and mental health. Well done girls!” 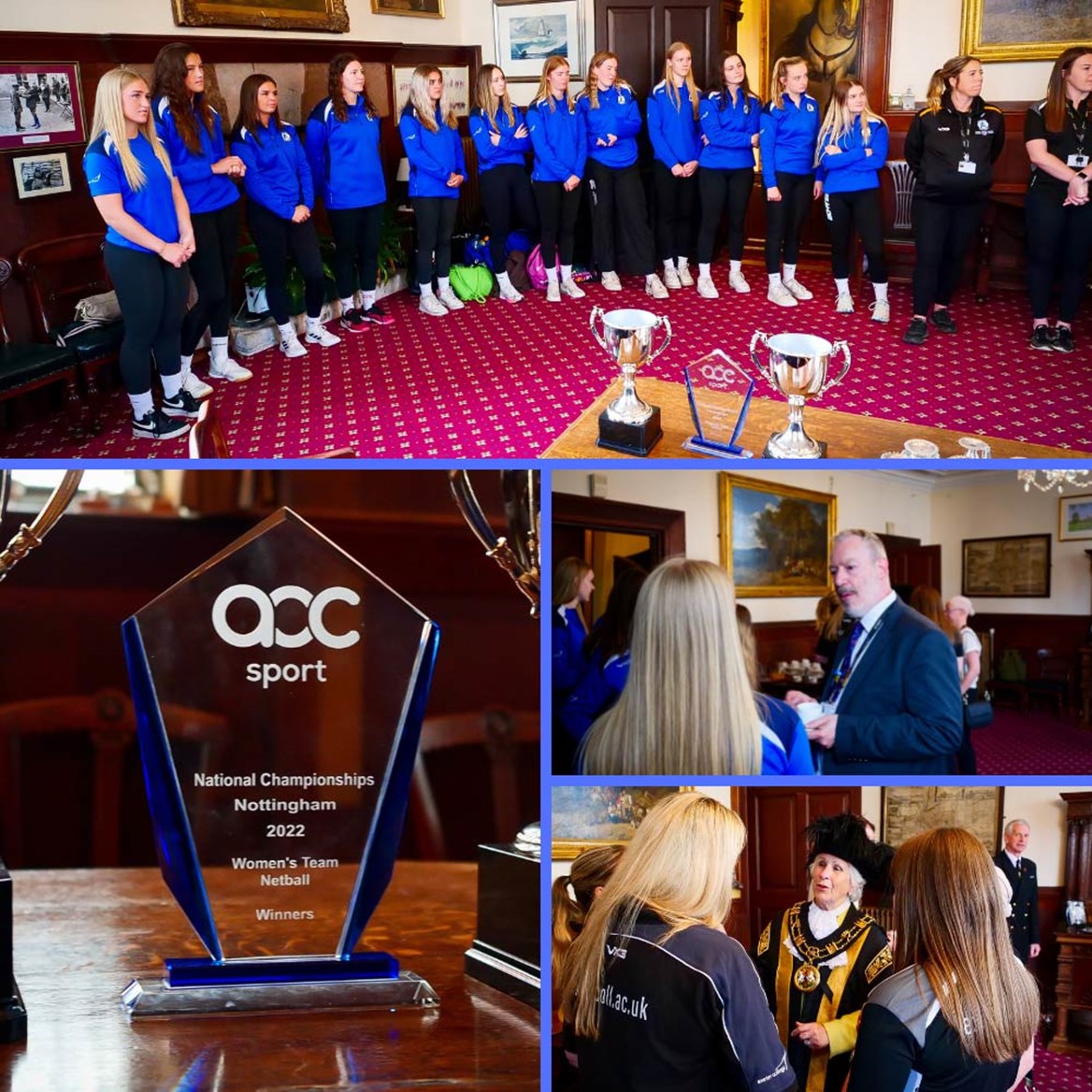