Park users are being urged to keep a look out for vandals after a tree had its bark ripped off in Belmont Park.

The tree was so badly damaged, officers feel it may not be able to survive.

Officers believe the damage, which was probably carried out in early January or over the Christmas period, may have been caused by a dog. There have been cases nationally where dogs have been encouraged to attack trees to strengthen their jaws and jumping ability.

Cllr David Harvey, Lead Councillor for Environment and City Management, said: “Trees are so important for our green spaces in Exeter, so it makes it even more upsetting to see this happen. Someone, somewhere must have seen this taking place. This is criminal damage to public property and I would urge anyone with any information to contact the police.”

Anyone who knows anything about this incident, similar attacks or witnesses vandalism being carried out is urged to contact the police. 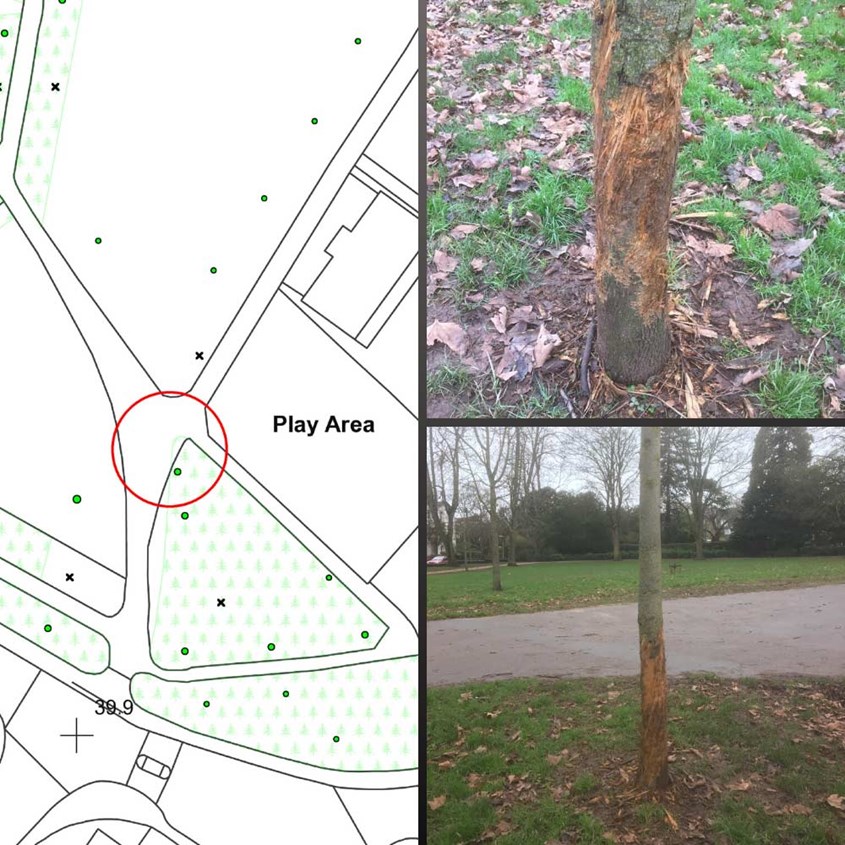