Thousands of people packed into Exeter city centre for the finish of the Devon stage of this year’s Tour of Britain.

Devon hosted Stage Two of the Tour, starting in Sherford and finishing in Exeter's Queen Street.

In glorious sunshine, thousands of people lined the route into Queen Street from Cowley Bridge.

Cllr Duncan Wood, Lead Councillor for Leisure and Physical Activity, said: "It was an amazing day - the atmosphere was absolutely brilliant and it is great for Exeter to be at the centre of this international event.

"It was great to see so many people enjoying themselves in the city centre. Exeter is the capital of Devon and there was nowhere better for the stage to finish than in our great city.

"There is a lot to be gained from cycling - it's not all about the Tour of Britain, there are lots of benefits to cycling and it is a great way of staying fit." 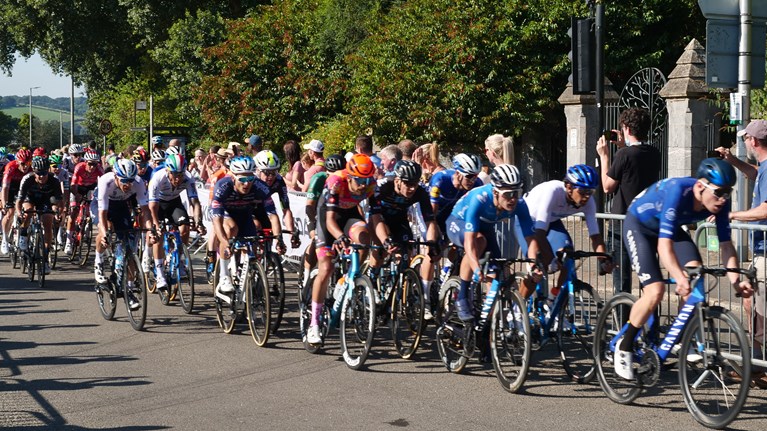 The Tour of Britain is shown live and in full on ITV4, as well as in over 150 countries around the world, and attracts an annual roadside audience of over 1.4 million fans.

The 115-mile Devon Stage took in a number of communities on its way through the South Hams and across Dartmoor including Totnes, Dartmouth, Kingsbridge, Modbury, Ivybridge, Cornwood, Yelverton, Tavistock, Moretonhampstead and Dunsford.

The stage was won by American Robin Carpenter.