Tasked with maintaining a safe passage up the Exe Estuary

Ensuring the Exe Estuary can be navigated safely is a crucial area of work for Exeter City Council’s Harbour Patrollers.

The small team maintain 28 navigational markers from just outside Exmouth, right up the estuary into the heart of Exeter.

“The Exe Estuary twists and turns and users need to be able to see where to navigate,” said Harbourmaster Grahame Forshaw.

Part of the team’s work is to maintain the navigational markers up the channel, ensuring that they remain buoyant and free of seaweed, mussels and other debris.

Failure to keep them clear of obstructions can mean that they sit lower in the water, get dragged down or break loose, making it dangerous for navigation.

Those not so familiar with the nautical world might not realise that the red navigational markers are on the left (port side) and the green markers on the right (Starboard side) coming into the estuary.

The team also ensure that the 1,700 moorings on the estuary are also maintained and free from obstruction.

Most mornings, the team are joined on their boat – the Can Doo – by a friendly seal, which slips off the back of the vessel silently when the vessel takes off.

Grahame started his role as Harbourmaster earlier in the summer. He joins the Council having worked at Lyme Regis harbour for ten years. He has also served in the Royal Marines.

His job is to make sure the estuary is safe and commercially viable, taking into account the special area status and the diverse users of the water. He is also responsible for the Exeter Ship Canal.

“The estuary is a huge area, which stretches nine miles in length and almost a mile across at its widest part, so there is plenty of room for all users. It’s really important that everyone shows respect for each other,” he said.

"It is used by thousands of people annually, taking part in watersports such as sailing, kitesurfing and powerboating, but is also of huge importance for the protection of wildlife as well as providing a base for commercial activities such as fishing and shellfish farming,” he added. 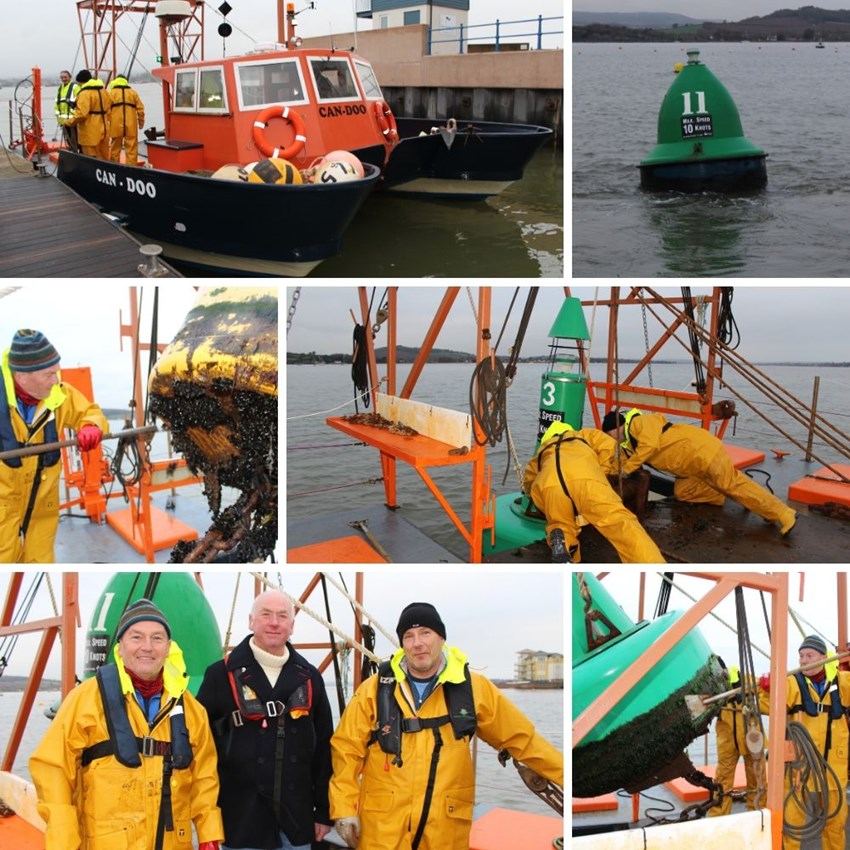