A Civic Party led by the Lord Mayor accompanied by Her Majesty's Lord Lieutenant of Devon and comprising City Councillors, Honorary Aldermen, representatives from the Fire Service, Army, Royal Navy, Royal Marines, Police, Sea Cadets and others, will lead a Service of Remembrance on Sunday 10 November, which is conducted at the City's War Memorial in Northernhay Gardens, where everyone is welcome to attend.

The Lord Mayor's Chaplain will conduct the service which commences at 10.50 am, with the Exeter Salvation Army Band playing incidental music along with the Exeter University’s Chapel Choir which will be supporting the Service. A large number of ex-service Units and other local associations are represented around the War Memorial carrying Standards and laying wreaths. The parade will be supported by Royal Marines from the Commando Training Centre, who will provide military guidance and a bugler from the 6 RIFLES playing Reveille and Last Post.

There will also be a small march past the Guildhall for those Service Units who wish to take part where a poppy drop will take place off the Guildhall's Balcony.

Service sheets will be handed out on the day, and civilians are welcome to lay poppies or wreaths.

The Exeter Branch of the The Devonshire and Dorset Regimental Association will also hold a Service of Remembrance on Armistice Day, Monday, November 11, at the Commonwealth War Graves, Higher Cemetery, off Hamlin Lane.

Children from Ladysmith Junior School will lay poppy crosses on each of the 200-plus war graves, and members of the Exeter Railway Band will provide the musical support during the service.

Members of the public are invited to attend the service. The Lord Mayor, Cllr Peter Holland together with the Deputy Lieutenant of Devon, Rear Admiral C A Snow CBE and other civic and military dignitaries with a connection to Exeter will be attendance. 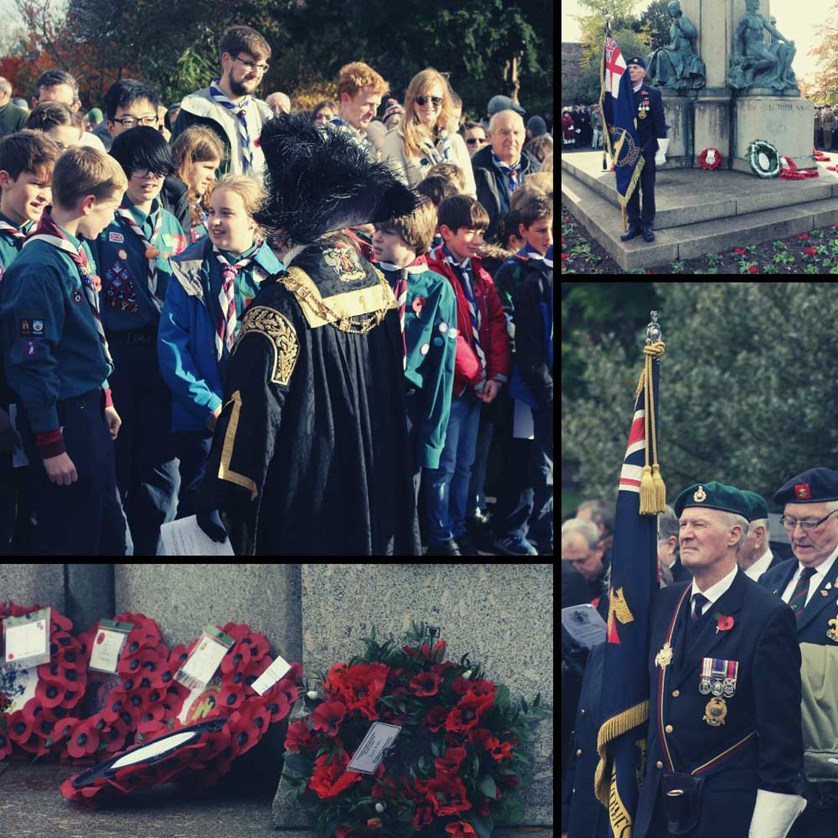 How the Christmas lights will be switched on this festive season