Relatives of men who fought in historic battle meet at exhibition

Three women whose relatives were involved in the Battle of the River Plate had a chance meeting at a recent exhibition.

The women - pictured above - were visiting an exhibition at Exeter Guildhall to mark the 80th Anniversary of HMS Exeter's involvement in the Battle of the River Plate in the South Atlantic during the Second World War.

Whilst watching a film as part of the exhibition they got talking. They soon realised that their relatives had been involved in the Battle.

Claire Higginson is the great granddaughter of Charles Cloke, the leading stoker of HMS Exeter. He spent a long period as a Japanese prisoner of war.

Jill Willis, is the great granddaughter of Petty Officer Stocker Leslie Knight, who was wounded in battle and died four years later.

The Battle of the River Plate took place in the South Atlantic on 13 December 1939 and was the first major naval battle of the Second World War.

Ships from the Royal Navy’s South American Division took on the might of the German heavy cruiser Admiral Graf Spee, which was successfully attacking merchant shipping. The Graf Spee had cruised into the South Atlantic a fortnight before the war began. One of the hunting groups sent by the British Admiralty to search for the vessel, comprised three Royal Navy cruisers, HMS Exeter and HMS Ajax as well as HMS Achilles from New Zealand.

A battle ensued off the estuary of the River Plate close to the coast of Uruguay in South America. HMS Exeter was severely damaged and forced to retire; HMS Ajax and HMS Achilles suffered moderate damage. But the battle had been won - the damage to Admiral Graf Spee, although not extensive, was critical and the fuel system was crippled.

It made it to shore in Uruguay, where the Germans released 61 captive British merchant seamen who had been on board. When it attempted to leave it was prevented from leaving the harbour, and was eventually scuttled on the River Plate estuary on December 17. 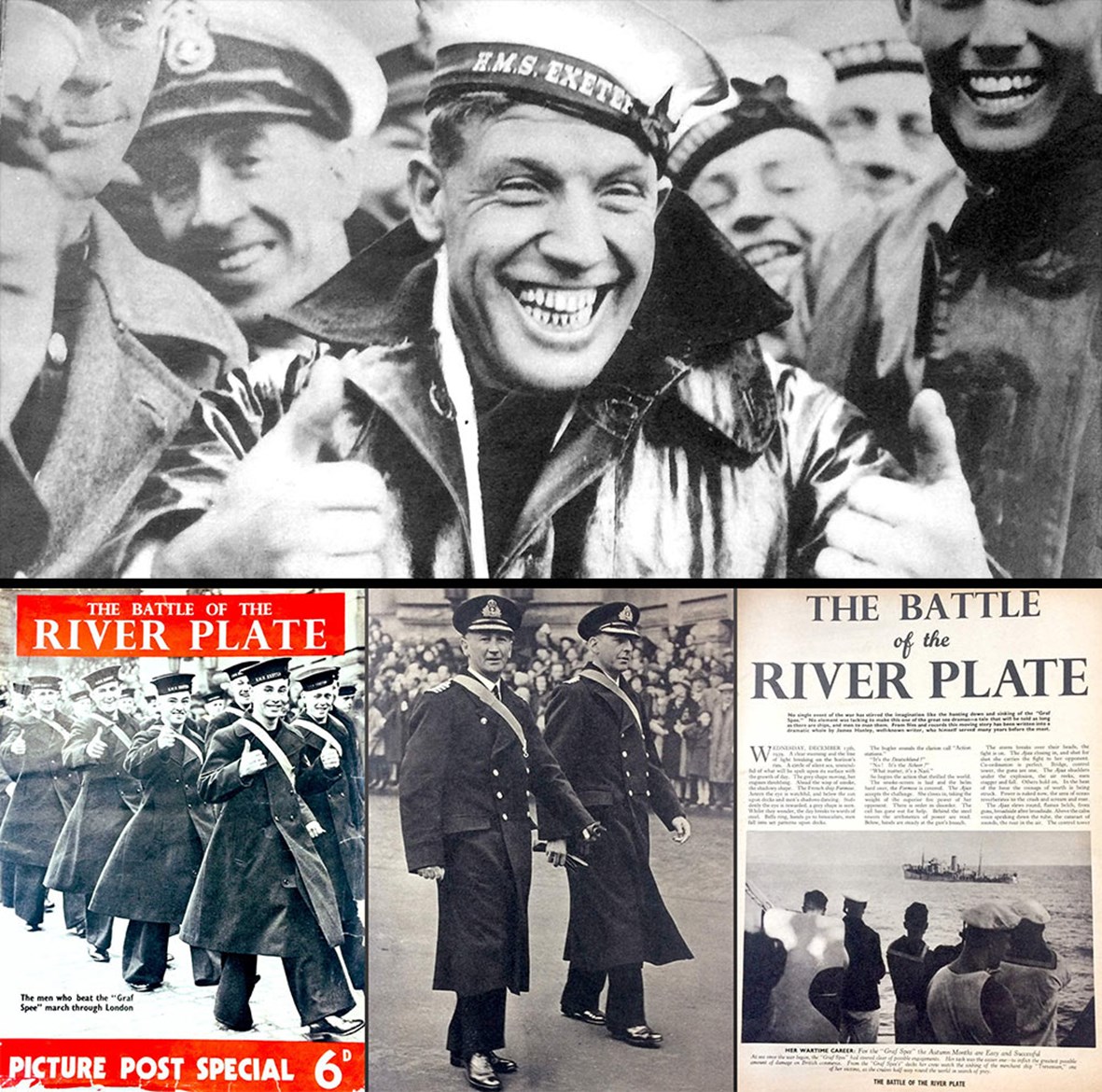