The Society for Museum Archaeology awarded RAMM the Collaborative Partnership Award 2019 for Minecraft. The award recognises a partnership that benefits the archaeological sector and museum audiences. All the of the partners involved are delighted to win this archaeology award. 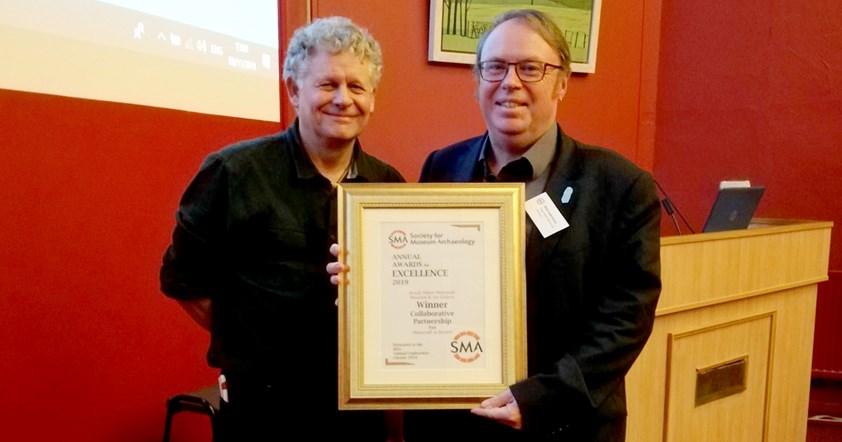 The partners in Minecraft at RAMM

The RAMM team worked with the University of Exeter and The Common People to deliver the four Minecraft worlds.

Collaborative PhD research from Sofia Romualdo lead to RAMM’s first Minecraft world. This is based on the museum’s Hedgeland Model of 18th century Exeter. The Exeter: A Place in Time Project then provided the archaeological focus for the next steps with the Roman and Tudor periods.

The Common People led by Adam Clarke provided the Minecraft expertise. They also included other developers over the life of the project including Blockworks and Dragnoz.

Discover Exeter’s past in Minecraft

A total of four worlds are available to explore in Minecraft from RAMM. Full details are on the Minecraft pages.

The early Roman fortress depicts Exeter in the 1st century AD. The next world shows the Roman city of Exeter before the Romans left Britain. Moving forward in time Tudor Exeter draws on the Hogenburg map. Based on the Hedgeland Model 18th century Exeter shows the shape of the modern city.

This work was funded by Arts Council England, Research and Enterprise in Arts and Creative Technology and the Arts and Humanities Research Council.