Striking new wooden sculptures inspired by the insect world have started to land on the banks of the River Exe in Exeter.

The sculptures have been made from Cornish oak by local sculptor James Bond who grew up close to the River Exe.

Situated in Exeter’s Riverside Valley Park, they have been funded by the Coastal Recycling Fund and local developer contributions. 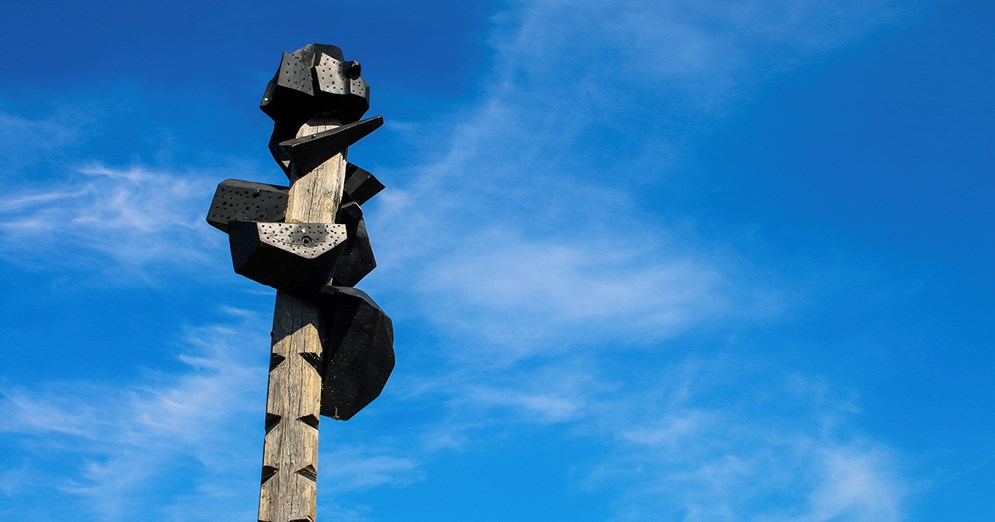 The sculptures mark the locations of three new orchards planted by local residents in the winter of 2018 as part of the FLOW project led by Anne-Marie Culhane. The trees in the orchards are already bearing fruit such as plums and apples.

The sculptures are not only striking, they also provide homes for pollinating insects. The project has been supported by Exeter City Council, Devon Wildlife Trust and the Environment Agency, who have planted trees as part of the flood defence works as well as creating wild flower meadows.

Cllr Rachel Sutton, Lead Councillor for Climate and Culture, said: “The new sculptures look absolutely stunning and I’m sure will be well received by those enjoying this beautiful natural spot alongside the Rive Exe.

“The FLOW project has not only delivered fantastic orchards already bearing fruit and dramatic art, it has also brought communities together and created practical habitats for wildlife.

“I was delighted to be part of the tree planting in Exwick with my fellow ward councillor Ollie Pearson and many local people in January 2018, so it is great to see the addition of the artwork to complete the project.” 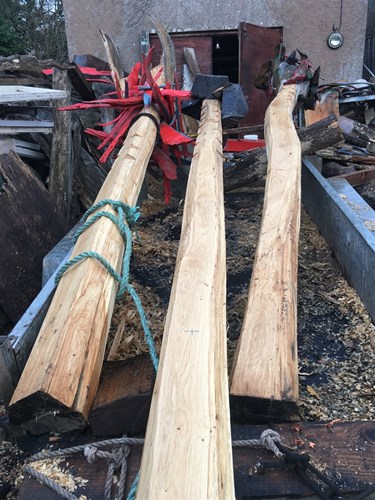 Members of the public will be invited to celebrate the sculptures by taking part in a guided walk in the near future. The sculptures will be situated at the start, middle and end of the route – Sidings Fields, Trews Weir Orchard and below the Double Locks pub by the flood wall supporting the cycle path.

The art commissions have been managed by Simon Bates, of the Exeter and East Devon Growth Point.