The number of visitors to Exeter increased by almost 10 per cent last year, new figures have revealed.

The number of day visits to Exeter also increased significantly. 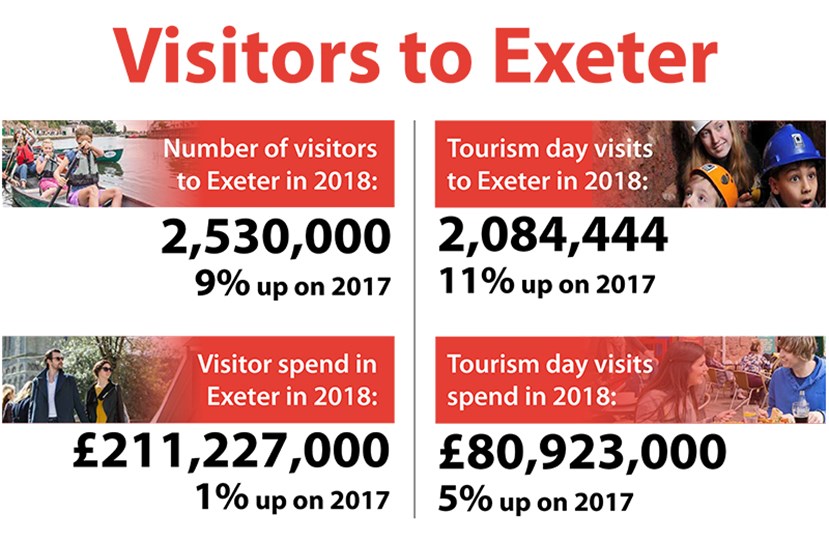 Cllr Rachel Sutton, Exeter City Council’s Deputy Leader, said: “These figures prove what we already know – that Exeter is a great place to visit and is becoming increasingly popular as a destination for people from across the country and all over the world.

“Tourism makes a very significant contribution to the economy in Exeter, and I am delighted to see a big increase in the number of people who visited the city last year.”