New book launched on the excavation of Exeter’s Medieval Bridge

Exeter’s medieval bridge and its archaeological excavation in the 1970s is the subject of a new book that was launched today (Friday 1 March) in Exeter.

Author Stewart Brown took 40 years to write the book - The Medieval Exe Bridge, St Edmund’s Church, and Excavation of Waterfront Houses, Exeter – after he helped uncover the bridge in the 1970s while working for the City Council’s Archaeological Field Unit (AFU).

This book, which is available to buy from Exeter Visitor Information and Tickets, the Custom House and Exeter’s Underground Passages, has been published by the Devon Archaeological Society and compiled with funding from Exeter City Council and Historic England. 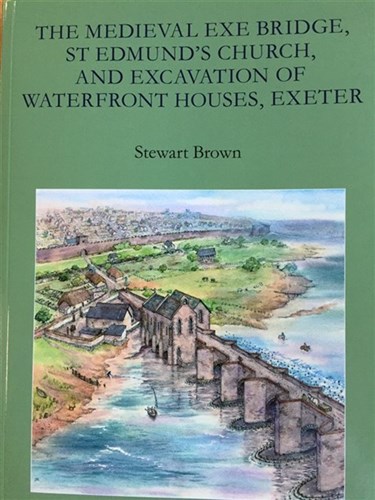 It describes the results of the extensive work done by the Council’s AFU (latterly Exeter Archaeology) when the old bridge was rediscovered in the 1970s, under the direction of the author, Stewart Brown.

The medieval Exe Bridge is one of the city owned scheduled monuments. Along with other monuments such as the City Wall and Underground Passages, it is one of those features that helps define this city.

The book was launched today at Exeter’s Custom House by the Lord Mayor of Exeter, Cllr Rob Hannaford.

Exeter City Council tax – one of the lowest in country

Boost for homelessness in Exeter as Council receives funding boost