The Lord Mayor of Exeter has embarked on a new challenge in the run up to the COP26 climate conference – getting back on a bike for the first time in 50 years.

Cllr Trish Oliver said the idea came about after speaking to members of Exeter’s Co Bikes team, which provide on-demand electric bikes for hire across the city.

The Lord Mayor said her comment that she was too old and her knees too arthritic to use an electric bike was quickly disputed by the Co Bikes team, and the COP26 Challenge was created.

Her aim is to do her daily shopping by Co Bike, instead of driving in the car, by the time COP26 takes place at the end of the month.

Cllr Oliver said the challenge will make a small contribution to Exeter’s Net Zero Carbon 2030 plan, which all residents need to get on board with, as well as building exercise into her routine to improve physical and mental health. 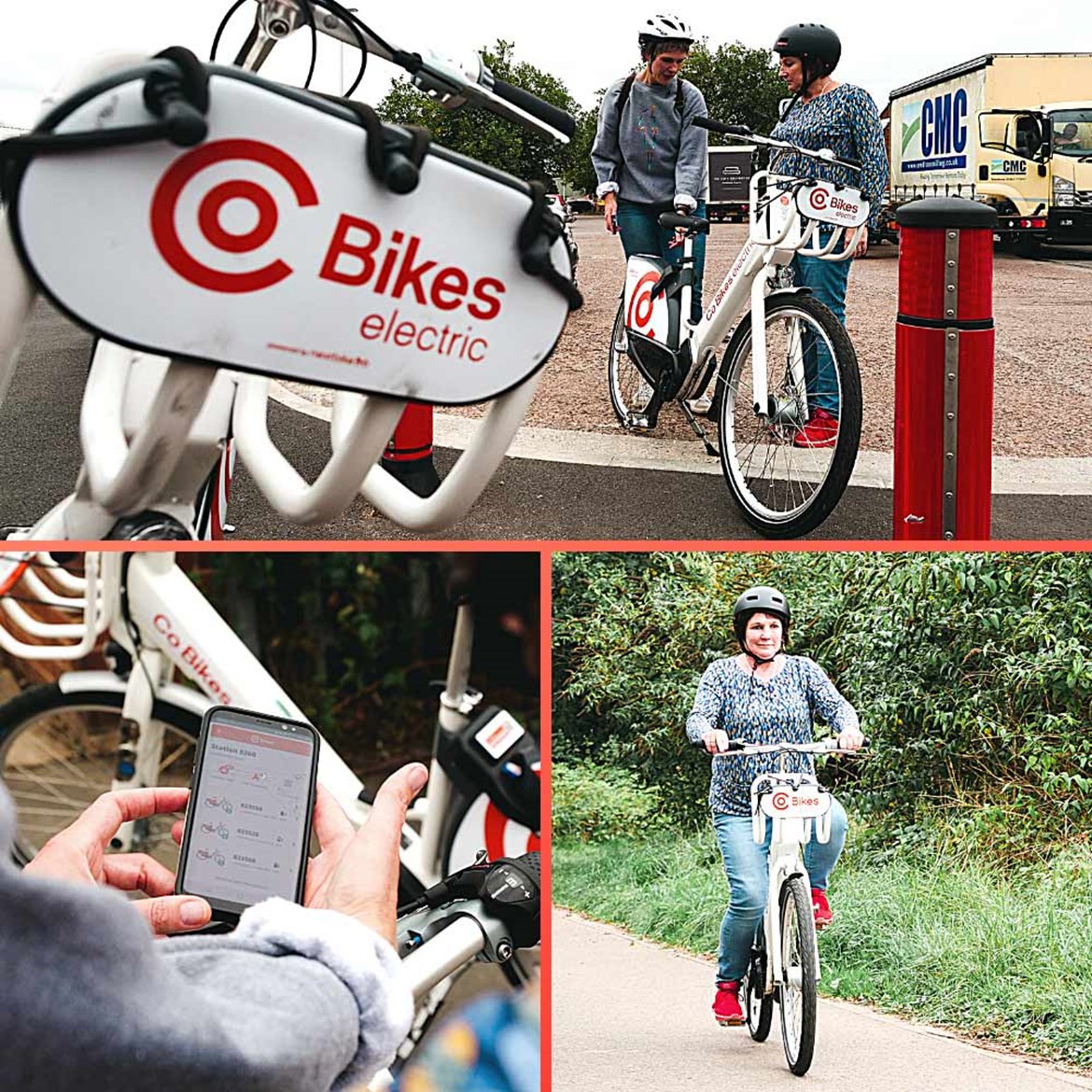 Doctors have advised that cycling will use muscles and help to lose weight, which are both strategies to manage arthritis in the knees and help prevent the condition getting worse.

After much anticipation last Friday, the day after the Lord Mayor’s 62nd birthday, was her first e-bike lesson with Co Bikes.

Cllr Oliver said: “I have not ridden a bike for 50 years and was pretty nervous and expecting I would fall off a few times.

“I did wobble a lot in my first few metres, but was surprised how much I improved with such an easy bike to pedal. I struggled to find the second pedal on my first few attempts, but by the end of the lesson I had got the knack of this.

“I cycled along the E4 cycle track close to my house and embarked on a circular route on a quiet road. The distance was an achievable target for a woman of my age and fitness level. I amazed myself by actually completing the route, albeit with many stops and a fair few wobbles.”

She added: “The plan now is for me to walk to the shops, cycle home, then return the bike and walk back home. This will be an hour of exercise, realistically three times a week, and reduce my car use.

“I wasn’t expecting to find being on the bike so exhilarating by the end of my first lesson. I feel that lack of confidence was holding me back, and if anyone else is worried about their balance of fitness, I would recommend them to book an adult cycle confidence course and take it from there.”

Helen Scholes, of Co Bikes, welcomed the challenge. She said: “I didn’t learn to ride a bike until I was an adult so I know how daunting getting on two wheels it can be.

“But I can honestly say it’s one of the best things I’ve ever done in my life. Cycling our electrically assisted bikes just makes things even better and I use them regularly for short trips across the city.

“I empathised with the Lord Mayor’s concerns and reassured her that you truly never forget how to ride a bike as she ably proved. I’m immensely proud to be able to share this experience with Cllr Oliver. I hope together we can help raise the health and wellbeing benefits of cycling as well as its positive environmental impact on our planet.”

Exeter plays part in sustainable driveway solution made from plastics