Learn to cook and help save the planet!

Devon County Council is running a series of free six-week cookery courses to teach residents to cook a range of basic meals while covering the top tips that help reduce food waste at home.

Eight ‘DIY Dinner’ courses will take place in towns across the county during January and February in another example of the council’s commitment to help communities reduce food waste and carbon emissions in support of the Devon Climate Declaration.

Each course will be led by an experienced community food worker and will include recipes from Recycle Devon’s newly launched cook book ‘Have Your Food and Eat It’. Every week, course participants will take home a meal for four that they have cooked.

In addition, the sessions will give guidance on how to reduce food waste, for instance, through meal planning, proper storage and understanding the difference between Best Before and Use By dates.

Councillor Andrea Davis, Devon County Council’s Cabinet Member for Infrastructure and Waste said: “We’re excited to be able to offer these pioneering courses to householders in each of Devon’s local authority areas.
“Research shows that 30% of Devon’s dustbins is made up of food waste, despite most areas having a food waste recycling collection.

“Of course, it’s better for the environment and your pocket that we eat the that food we buy so that it doesn’t end up as waste. According to the national food waste prevention campaign Love Food Hate Waste the average family of four are throwing away up to £70 a month as food waste, most of which is avoidable.”

Anna Thomson from Nourishing Families, said: “I’m really looking forward to teaching one of the courses and sharing some simple but very adaptable recipes. Food waste is a major contributor to climate change, so throughout the course we’ll be exploring delicious and easy ways to make the most of the food that we buy.”

The courses follow a successful funding bid by Devon County Council to Interreg Europe. which has enabled all of the course costs to be covered, including the ingredients.

Each course runs for six weeks with a break during half-term week (w/c February 17) starting:

Bookings are now open for all courses with limited places on each course so book today to avoid disappointment by contacting Emma on 01392 383159 or via emma.croft@devon.gov.uk 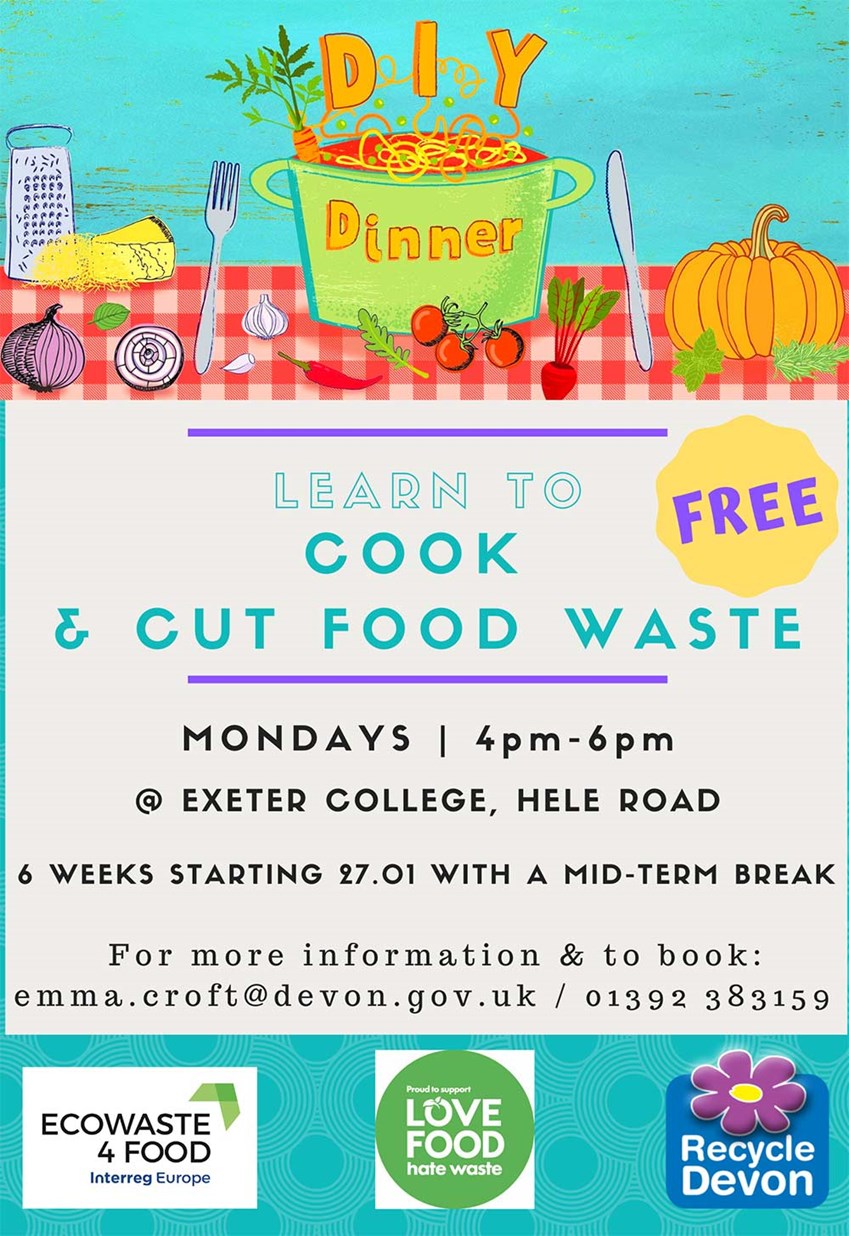