More than a thousand people attended a screening of the state funeral for Her Majesty Queen Elizabeth II at Northernhay Gardens.

The funeral was also screened at Exeter City Football Club and at the Conference Centre at Sandy Park.

Queues formed outside Northernhay before 8am – an hour before the gates opened at 9am – and a large crowd watched the funeral in bright sunshine.

City Council Leader Phil Bialyk said: “We decided to put this on for the people of Exeter and it meant a lot to people. Everyone has their own experiences and memories, and what it meant for them, and people wanted to be together on a day like today.

“It’s one of those days when you want to know where you were and who you were with, and people will talk about it for years to come.

“It was good service and I think everybody appreciated what has been done in Exeter to allow us to mark this day appropriately.”

The funeral service started at 11am at Westminster Abbey in London – the historic church where kings and queens are crowned.

The last state funeral was held for Sir Winston Churchill in 1965. The state funeral of George VI, Queen Elizabeth’s father, took place in 1952. 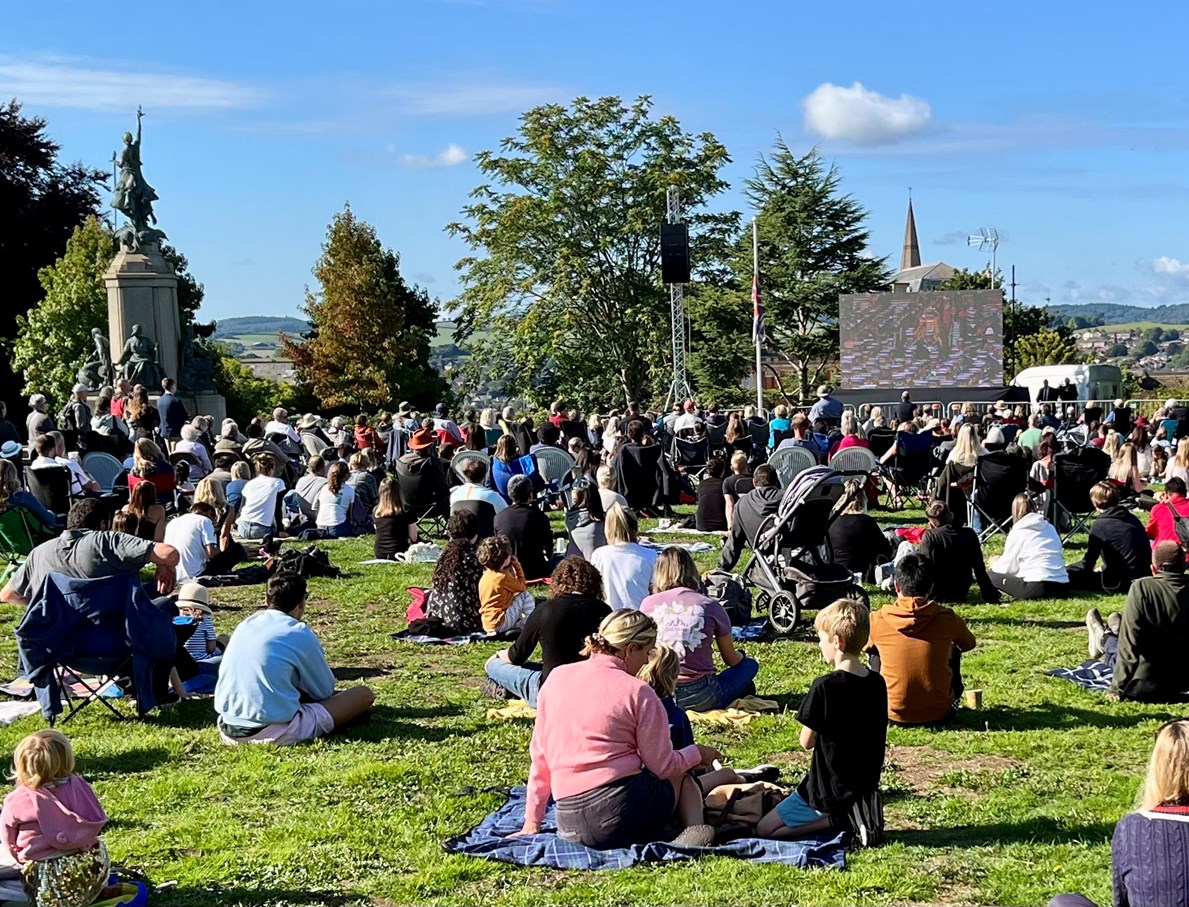