Kathy chips in with plot to beat food poverty

A vacant vegetable plot in Exeter has been used to grow potatoes for people struggling to feed themselves during the Coronavirus pandemic.

Harvested spuds from the Exeter City Council-run plot at Guys Hylton Allotments have been given to people in need.

The potatoes were grown by plot holder Kathy Northcott and her green-fingered friends at the St Thomas Allotment Association, Dave, Charlotte, Les and Shaun. 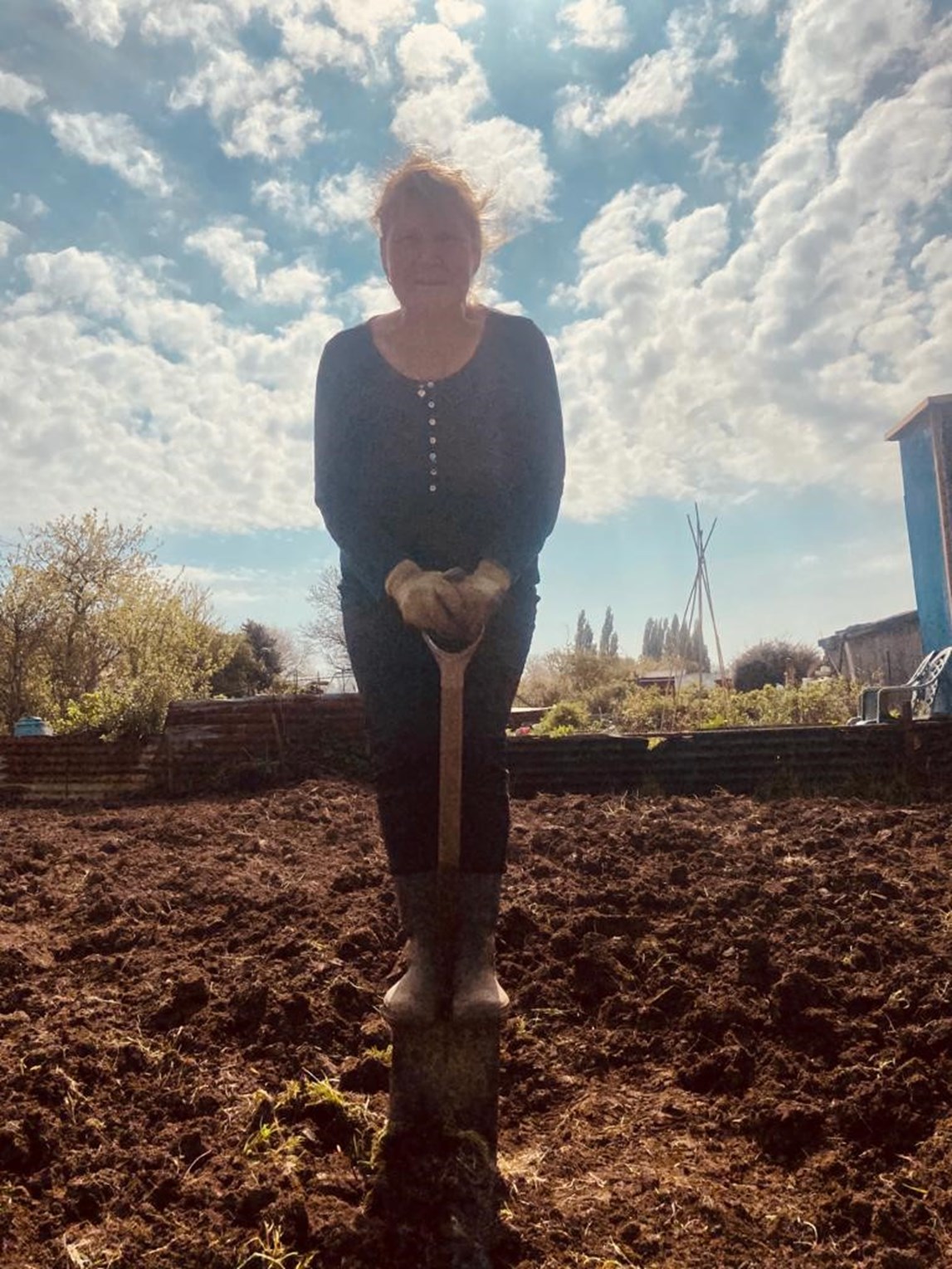 Kathy said the idea came to her in a “eureka moment” just before ‘lockdown’. The plan was to use surplus unsold potatoes from The Trading Shed – an allotment shop – and take a scruffy, unused plot and turn it into a vegetable plot growing potatoes.

As well as helping out people struggling to put food on the table, the plot would be in better shape to rent out at the end of the initiative.

Kath and her friends planted out 20 rows of potatoes and have just finished donating the last three sacks. The potatoes were given to Foodcycle Exeter and St Thomas Community Larder and handed out to families, couples and single elderly people struggling to feed themselves during the crisis. 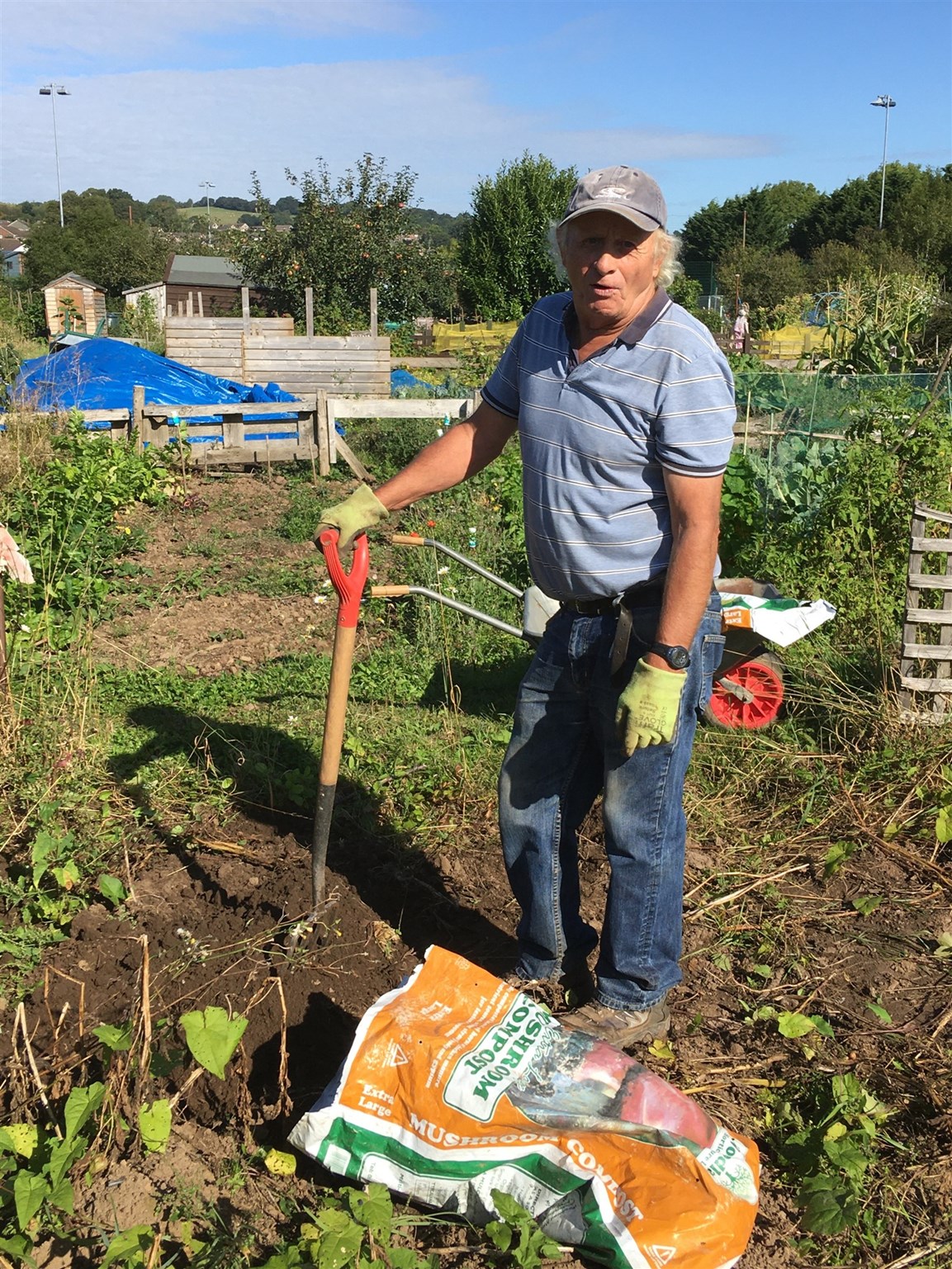 Kathy added: “As the project became known by other gardeners, other produce was gifted to us as well. The fruit of which I used to make 100 jars of allotment jam to give alongside the potatoes.

“It was very, very hard work at all stages but at the same time such a rewarding project. The donations were so warmly received and always gave us such a warm feeling knowing people were enjoying a jacket potato we had grown and given to them!” 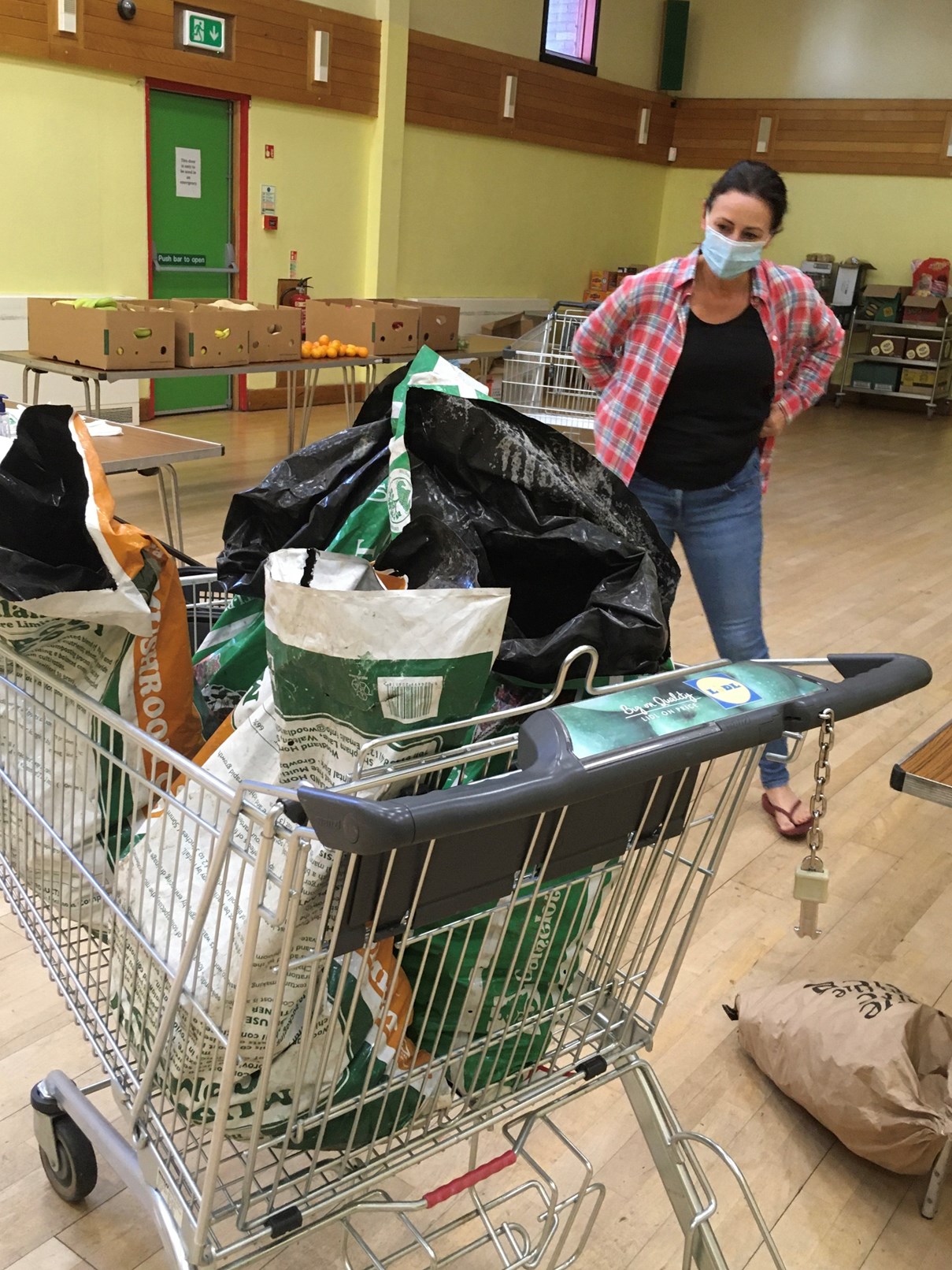 Council puts fighting climate change at the top of its agenda