Developers of emerging talent and opportunity makers for local musicians Devon wide and beyond, non-profit organisation MIDI brings their showcase event #ExeterStreetsArts festival back again for its fourth year! With a reputation for quality and diversity, this year’s event is set to rock the streets of the city with a free celebration of music, dance and arts throughout the day and a flamboyant after-party as the night falls.

A CITY BECOMES A FESTIVAL

The vision of Exeter Street Arts is ‘A city becomes a festival’. MIDI believes that art should be up front and central in a city’s physical space, so that people have the chance to see the same quality of art on the street as you would find at a concert hall or headlining a festival. Celebrating and promoting the artistic talents of Exeter’s creative communities, MIDI’s mission is to fill the city streets with colour and sound, giving a glimpse to all of what Exeter looks like when street arts are given a central role.

Curated by a small and passionate team with over 20 years of experience in the art, music and festival circuits, #ExeStreetArts hits 2019 with a line up bigger and better than ever! Taking place on Saturday 24th August 2019 in various areas of the city, access is kept open to all with a free daytime portion from 10am - 7pm, filling the streets with music, theatre, street art, interactive workshops, orchestras, drumming and dance. A ticketed evening event from 8pm - 3am at Exeter Phoenix will showcase the very best of national and international acts, including the original king of dancehall headliner Yellowman, famed for his incredible history in Reggae music. 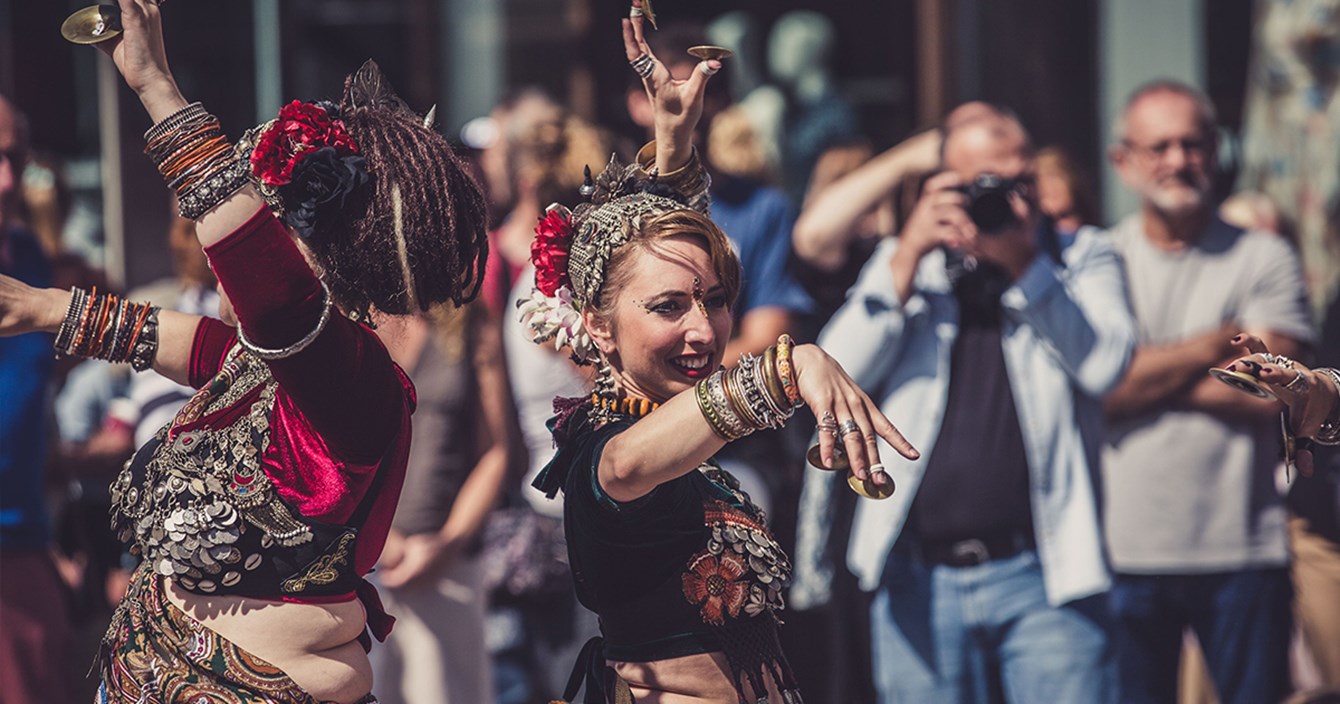 Bringing Exeter’s streets to life on the August Bank Holiday weekend, join us to see giant kangaroos on amazing bouncing stilts by Roo’d, take part in workshops with Urbanflow street dance, try out Miss C’s graffiti academy, or join Big Fish Little Fish for a family rave! Be astounded by an original snake charming routine from Jaardu, or soothed with storytelling from Widsith & Dior. A longside all of this, a whole host of music and bands awaits including 7 piece Afro-fusion band Dakar Audio Club.

A feast of beats and entertainment all jam-packed into a one day showcase of local artistic offerings and vibrancy spread across the centre of Exeter. Turn up with your dancing feet for a Saturday not to be missed! Full details below, including line up on exeterstreetartsfestival.co.uk