Exeter showcased as a leading city for pioneering Passivhaus construction

Exeter’s record for developing ultra-low energy Passivhaus buildings has been highlighted during a national conference in the city.

The city’s state-of-the-art new leisure centre St Sidwell’s Point has been a major focus of the two-day Passivhaus Conference held at the Corn Exchange. 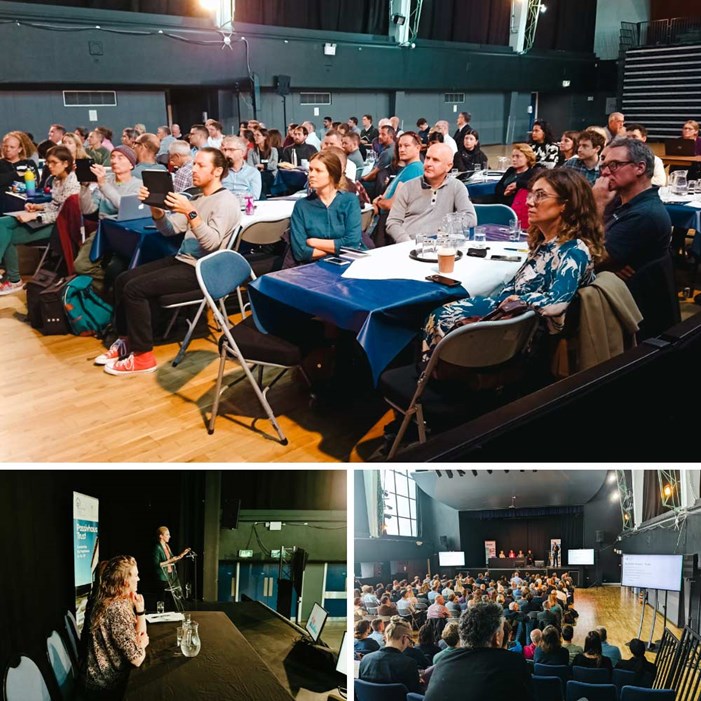 The conference has attracted delegates from around the country to discuss the benefits of energy efficient buildings, which reduce carbon emissions and cut fuel costs.

Exeter has been a leading city in the development of Passivhaus buildings for well over a decade.

Passivhaus is a quality assured standard and methodology for low energy building, which can help create buildings which use around 75% less energy than standard practice for new buildings in the UK.

The conference in Exeter featured tours and workshops at St Sidwell’s Point.

At the Corn Exchange there was a keynote speech by Karime Hassan, Chief Executive and Growth Director at Exeter City Council, who highlighted Exeter’s Net Zero plans.

Ian Collinson, Director of City Development at Exeter City Council, also spoke about the Exeter Plan and the current consultation on the city’s future growth to 2040.

City Council Leader Phil Bialyk said: “Exeter has a very proud record of creating Passivhaus buildings – and everything that has happened since we started on this journey has proved that the decision was the right one.

“We now have a leisure centre, extra care facility and scores of new Council houses built to Passivhaus standard, which means we are lowering our carbon emissions and saving energy at a time of rapidly rising fuel costs.

“We are delighted to showcase the city’s achievements during this national conference, and I know others are keen to learn from our achievements.”

Support for community groups available during cost of living crisis