Exeter’s famous white glove has been hoisted over the city as part of a ceremony that dates back over 900 years.

The Lord Mayor’s procession of the Lammas Glove has taken place, with civic dignitaries marching down Exeter High Street. 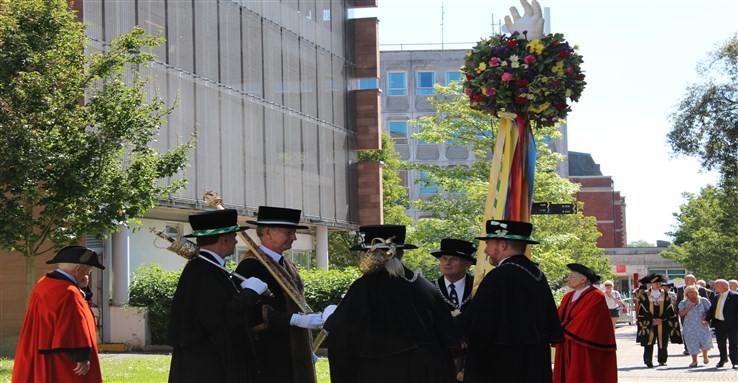 On arrival at Exeter’s historic Guildhall, the Lord Mayor, Cllr Peter Holland read the proclamation and the glove was hoisted above the famous building where it will remain for three days.

The annual ceremony goes back to before the Norman Conquest, more than 900 years ago. 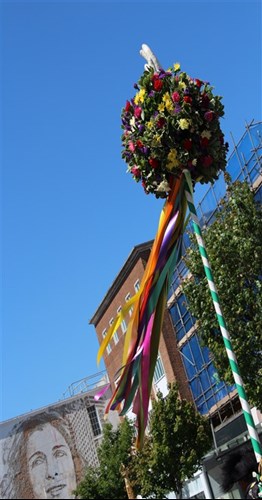 The word Lammas derives from the Anglo Saxon ‘Hlafmaesse’ or ‘loaf mass’, when the fruits of the harvest would have been offered to the church in the form of a loaf and celebrated with both a festival and a fair.

The franchise of a fair was a valuable possession, giving exclusive rights on tolls on all articles sold and was opened by a proclamation declaring how long the fair would last.

Today the tradition continues in Exeter with a Craft Festival of Cathedral Green. The Fair runs of Thursday, Friday and Saturday (4,5 and 6 July).