New woodland is being created at a popular green space in Exeter to compensate for the loss of trees caused by ash dieback disease.

Around 300 trees are being planted on land off Lancelot Road by Exeter City Council.

The mass planting is part of Devon Wildlife Trust’s Saving Devon’s Treescapes initiative, which aims to mitigate the loss of trees to ash dieback by planting replacements across the county.

“Ash dieback disease is having a dramatic effect – not just in Exeter but across the whole country. Estimates show the disease will effect around 90% of ash trees nationwide,” he said.

“Many of the trees here are ash and that’s why it’s crucial that we plant new species. This is an important green space – we know it supports a wide range of flora and fauna – but also, it is popular with locals who want to get out for a walk and enjoy the biodiversity that Exeter has to offer,” he added. 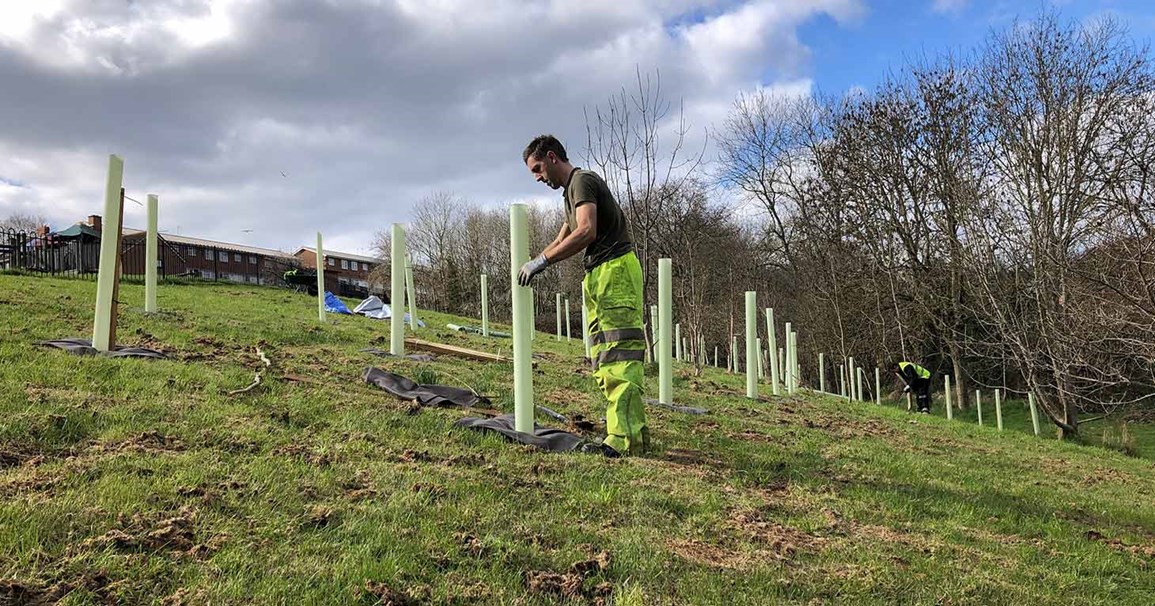 The green space has been identified as supporting important bird species such as the tawny owl and green woodpecker, as well as common lizards, which rely on the sunny spots to bask in.

Rosie Cotgreave of Saving Devon’s Treescapes, said: “We’re excited to be able to support this new woodland planting in Exeter. Ash Dieback is affecting urban areas as well as rural and therefore it’s vital that we’re able to replant in these spaces. We hope residents can enjoy these trees for many years to come.”